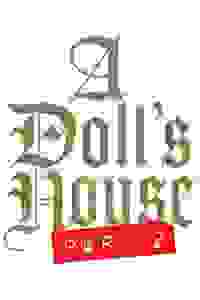 In the final scene of 'A Doll's House,' Nora Helmer makes the shocking decision to leave her husband and children, and begin a life on her own. This climactic event—when Nora slams the door on everything in her life—instantly propelled world drama into the modern age. In 'A Doll’s House, Part 2,' many years have passed since Nora’s exit. Suddenly, there’s a knock on that same door. Nora has returned. But why? And what will it mean for those she left behind? Lucas Hnath’s new play also stars Tony winner Jayne Houdyshell and Tony nominee Stephen McKinley Henderson.

See it if you enjoy arguments about pros/cons of marriage (altho not new, they were fun to hear). Most people liked the acting; I found it jarring.

Don't see it if you want a full-fledged play; this is more like an extended skit. The stakes, unlike DH1, are barely there (little tension). DHP2 is clever Read more

Don't see it if if you do not classic theater with top actors who are at the top of there game. All actors meshed well in this performance.

See it if you want to see a top-rated cast deliver a wonderful performance of a well-written play.

Don't see it if if you are a dullard who cannot make the connection of how the message in this play is still alive today.

See it if You want to see stellar performances of a stellar script. Nice and short at 90 minutes, too. Better than I thought going in.

Don't see it if Stories about divorce or complex relationships are not of interest to you. It's serious, but with funny bite.

See it if Nora hangs out with her ex and chats about their old relationship. Characters philosophize about the value of marriage.

Don't see it if My real life meeting with an ex from 15 years ago was more interesting than the fictional one here. The play lacked emotional intensity. Read more

See it if you have wanted something & wish you hadn't received it. The play creates a human tripod holding up three unexpectedly precarious lives

Don't see it if you are disturbed by period inconsistencies. The staging is surprising for Broadway let alone for 19th Century characters in formal dress

See it if you're interested in feminist, cultural and legal issues, a fan of any of the cast who are all terrific, curious about a Nora return

Don't see it if you think a witty comedy is not a response to "A Doll's House," a play of ideas doesn't appeal to you nor does nontraditional casting

See it if you've wondered what happened to Ibsen's Nora after she walked out on her family & want to see a fresh, original take on Ibsen's characters.

Don't see it if you aren't interested in hearing from one of NY theatre's most innovative new voices, Lucas Hnath; otherwise, there's no reason to miss it. Read more

"A smart, funny and utterly engrossing new play...Features a magnificent Laurie Metcalf leading one of the best casts in town...Mr. Hnath approaches what might seem like a hubristic project with the humility and avidity of an engaged Everyreader...He has written an endlessly open debate. Which for the record never feels like a debate, such is the emotional commitment of the cast and the immediacy of Mr. Gold’s fine, sensitive production."
Read more

"The new cast...pretty much seals the deal on the play’s extraordinary merits...The new actors advance Hnath’s whirling arguments about love and ownership with as much ease as the original cast, and even greater humor...The result of all these macro- and micro-tunings is a production that feels even more thriller-like in its swiftness...'A Doll's House, Part 2' remains a triumph of ambivalent feminist comedy. It’s the kind of play you hope won’t end."
Read more

"With Lucas Hnath’s lucid and absorbing 'A Doll’s House, Part 2,' the Broadway season goes out with a bang...Modern in its language, mordant in its humor and suspenseful in its plotting, the play judiciously balances conflicting ideas about freedom, love and responsibility. And Sam Gold’s exemplary direction keeps you hanging on each turn of argument and twist of knife. Everything about the production works. It’s a slam dunk."
Read more

"As directed by the inerrant Sam Gold, Hnath’s play is at its core a public forum on questions of marriage that still bedevil us...Hnath provides enough ingenious structure to allow 'A Doll’s House, Part 2' to function quite smoothly as an often hilarious puzzle drama...Hnath is not using the preexisting characters and their backstory as ways of avoiding having to create something original; rather, they are springboards to something very new indeed...A great feminist comedy."
Read more

"Hnath has now found himself by parsing and filling in a story he didn’t write...To go from dreaming about Nora’s life to writing it required a leap of faith—an author’s faith in his own imagination—and that’s the kind of energy that jumps out at you from Hnath’s play, his strongest yet...It was thrilling to feel that the writer and the director weren’t condescending to us and assumed we’d keep up. We do, because Nora matters to us and will always matter to us."
Read more

"It delivers explosive laughs while also posing thoughtful questions...Directed with stylish austerity by Sam Gold, the play provides a corker of a role for the indomitable Laurie Metcalf...As much an ingenious elaboration and deconstruction of 'A Doll's House' as a sequel, and it stands perfectly well on its own...In Gold's zesty staging, the lightness of touch in the writing carries through to the direction and performances, nowhere more so than with Metcalf."
Read more

"Humor abounds in playwright Lucas Hnath’s creative sequel...Metcalf's Nora is a woman who knows her own mind and isn’t afraid to say so. It’s a revelatory performance, rife with physicality and determination...Literary fanfic of the highest caliber, Hnath’s script is an irreverent yet respectful take on the source material...A worthy companion piece to the original, 'A Doll’s House, Part 2' is an imaginative postscript to a well-loved standard."
Read more

"Helmer Sam Gold knows his players and right from this first scene pairs them in a series of close encounters that feel like fierce, if friendly wrestling matches...Hnath’s dialogue, slangy and vulgar and brightly idiomatic, is full of zingers...Metcalf is amazing, uncovering so many facets to Nora, while retaining the humor to laugh at her idiocies. But by now, we’re starting to suspect that this isn’t really a play, but a very funny and quite biting manifesto...Nora wins every verbal battle."
Read more