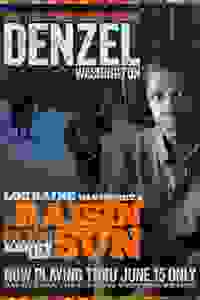 View in admin
A Raisin in the Sun (Broadway)
NYC: Midtown W
91
Score it Scored!

A Raisin in the Sun (Broadway) NYC Reviews and Tickets

The first play written by an African American woman to be produced on Broadway, Lorraine Hansberry’s landmark 1959 play, 'A Raisin in the Sun,' explores racism, family conflict, and the fantasy of the American Dream.

Set on Chicago's South Side, 'A Raisin in the Sun' revolves around the divergent dreams and conflicts within three generations of the Younger family: son Walter Lee (Denzel Washington), his wife Ruth (Sophie Okonedo), his sister Beneatha (Anika Noni Rose), his son Travis (Bryce Clyde Jenkins) and matriarch Lena, called Mama (LaTanya Richardson Jackson). When her deceased husband’s money comes through, Mama dreams of moving to a new home and a better neighborhood in Chicago. Walter Lee, a chauffeur, has other plans.

See it if You love Denzel! He has amazing per usual. Well staged revival. (Accidentally reviewed Harlem rep version prior)

Don't see it if You don't like plays on the heavier side or family stories.

See it if Amazing acting by everyone. Memorable.

Don't see it if You want to see something light.

See it if you want to see exceptional acting bring Lorraine Hansberry's touching writing to life; if you are engaged by classic American works.

Don't see it if you tire of family dramas, mind the slight feeling of datedness, or are looking for a fresh reinterpretation of this classic play.

See it if What a cast! Absorbing for sure.

Don't see it if You don't like play revivals.

See it if you're a fan of Lorraine Hansberry's first rate writing and, Denzel Washington's, Sophie Okonedo's and LaTanya Richardson Jackson's acting

See it if You enjoy great acting and seeing culture for exactly what it is.

Don't see it if You don't understand that all BLACK PEOPLE ARE NOT THUGS AND DRUGS DEALERS. Shows a real black family trying to make it the honest way.

See it if Great and tasteful show, excellent performance by Mr. Washington.

Don't see it if Sorry closed