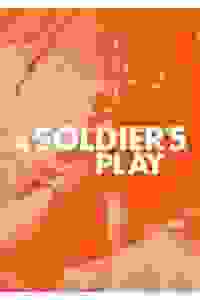 The Pulitzer Prize-winning mystery about the murder of a black sergeant on a Louisiana army base in 1944 comes to Broadway for the first time, starring David Alan Grier and Blair Underwood.

1944. A black Sergeant is murdered on a Louisiana Army base, and one tenacious investigator must race against his white leadership to unravel the crime before they unravel him.

See it if Great production, acting and story. Absorbing. Great approach to race issues within a mystery plot.

Don't see it if You prefer comedies and musicals.

See it if Solid revival of a well-written military investigation. Like the pre-cursor to A Few Good Men. Enjoyed it.Went by quickly.

Don't see it if Serious dramas are not your thing.

Don't see it if Despite being a taut, well written & highly dramatic piece, it has a 'TV courtroom procedural' feel to it Leon's movement choreo a bit stagy

See it if the idea of an atmospheric look at the barracks life of a black unit in the WWII-era Armed Forces appeals to you.

Don't see it if you’re looking for a play that confronts the blatant institutionalized racism of the WWII-era US Armed Forces. Read more

See it if Its 1944 during WWII at army camp a murder take place - Who done It? See a classic story that will have you think?

Don't see it if you want a happy go lucky show. Read more

See it if You like shows that tell, instead of show. You like listening to narration of what happened.

Don't see it if You can't keep all the characters names straight when they are narrated at a rapid fire pace. Very confusing & hard to follow.

See it if you like taut dramas with excellent actors.Story of prejudice in the military in WWII is powerful & touching.Excellent production.

Don't see it if you have trouble keep track of characters.Names don't always track.I wish they used nicknames or some more identifying name.

See it if A spectacular cast performs this gripping tale of murder in the Army in 1944. Grier and Underwood are top notch. The story is gripping.

Don't see it if If an old-fashioned murder mystery doesn't interest you. If you are uninterested in the issues of race in the military.

"In ‘A Soldier’s Play,’ an Endless War Against Black Men: The Broadway premiere of Charles Fuller’s 1981 drama finds premonitions of today in the story of a 1944 murder."
Read more

4/5 Stars. "As directed by Kenny Leon in its first Broadway production, however, the play is sturdy instead of creaky: Like the bare wood of Derek McLane’s set, it gets the job done, and it provides a platform for powerful moments and performances. "
Read more

"'A Soldier’s Play' Is a Procedural With Bite"
Read more

"Director Kenny Leon stages a crackerjack revival of this 1981 play that won the Pulitzer Prize for Drama."
Read more

"Race Relations and Wartime Woes: In this Broadway revival, the 1944 murder of a black sergeant has an investigator wondering if he was killed by the Klan or one of his own men."
Read more