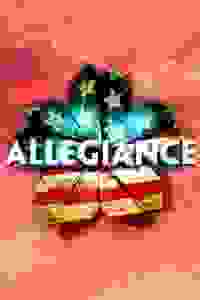 George Takei and Lea Salonga star in a new musical inspired by Takei's childhood, about a family recovering from the imprisonment of Japanese Americans during World War II.

Set during the Japanese American internment of World War II, this epic story of love, war, and heroism follows the Kimura family in the weeks and years following Pearl Harbor, as they are relocated from their farm in Salinas, California to the Heart Mountain internment camp in the rural plains of Wyoming.

See it if You want to learn about a side of America most know very little. This show is far from perfect but should be seen!! Some special moments.

Don't see it if You believe we should build that wall that the orange push up pop keeps talking about.

See it if you love to see all new musicals, whether successful or not. Here, a noble misfire. Subj matter would be better served in a straight play.

Don't see it if you want a strong book/songs. Clunkiness made this feel like a high school production. Uninspired staging. Bad lyrics. Unsatisfying plot. Read more

See it if You love Lea Salonga or George Takei

Don't see it if you're not a fan of high school-esque productions. The music is not good.

See it if You're very interested in Lea Salonga or learning about the Japanese internment.

Don't see it if You want to see a really well-crafted, groundbreaking musical.

See it if you want to see what happens when an interesting story, which is well worth telling, is not told very well.

Don't see it if you need a show with real character development and well-written lyrics.

See it if You're a fan of George Takei and/or Lea Salonga. You want to see history portrayed on stage. You want a show about social issues.

Don't see it if You don't want social issues on stage. You want a well-defined story. You want to hear great music.

See it if An interesting show about an important era in American history that is not well-known.

Don't see it if You can't handle knowing about an embarrassing page in your county's history.

"Directed in workmanlike fashion by Stafford Arima, 'Allegiance' has a complicated story to unfold and to humanize. It does a reasonable job of providing a nuanced view of events, the occasional swerve into melodrama notwithstanding…The authors, feeling the responsibility of illuminating this shameful chapter in American history, pack the show with so much incident and information that 'Allegiance' often feels more like a history lesson than a musical."
Read more

"If only the creative team behind 'Allegiance' could have worked such gentle magic with the raw and painful material of history. This well-intentioned but mawkish musical about a family interned after Pearl Harbor tries to balance romance, humor and tragedy, but crumples things badly…There’s a complex tale of honor, shame and assimilation here, but it’s been stretched out to cartoonish billboard size."
Read more

"Whenever the authors find ways to dramatize the stark humiliations suffered by people who were, after all, loyal citizens of the United States, 'Allegiance' is momentarily effective…But too much of the show is devoted to far-fetched plot twists whose attempts to gin up excitement…'Allegiance' is so overmusicalized that the book feels anemic. And though often pretty too many of those songs sound too much alike as they reach for grandeur but get stuck at glue."
Read more

"The powerful sentiments involved are too often flattened by the pedestrian lyrics and unmemorable melodies, making an unconvincing case for this material's suitability to be a musical…The songs and their platitudinous lyrics lack personality, despite the best efforts of the talented performers…The most moving work comes from Takei...His deep personal association to the material and evidence of a generous spirit of forgiveness are among the show's strengths."
Read more

"In fact, when it’s not threatening to rip your heartstrings out all together, 'Allegiance' is quite entertaining, with 1940s dance numbers, nods to the Andrews Sisters, and bits of jazz influence. Even if it’s not 100 percent original all the time, 'Allegiance' is an important show with a phenomenal cast, and it deserves to be seen."
Read more

"The strength of 'Allegiance' is in the story. Not the musical’s book, which is no more than serviceable, but the disturbing real-life events behind it…Authentic moments are few and fleeting, overwhelmed by standard love songs...In their sincere efforts to 'humanize' their complex historical material, the creatives have oversimplified and reduced it to generic themes...It must be said that the production values are quite high. The design of the show is highly stylized, but in a meaningful way."
Read more

"It is of no artistic value whatsoever, save as an object lesson in how to write a really bad Broadway musical. 'Allegiance' is peopled with characters made of solid cardboard. The Japanese-Americans are all noble and true, the Caucasians yawping apes save for a bosomy blonde nurse from Nebraska who—stop press—falls for an internee!...The cast is mostly very fine, especially Mr. Takei and the marvelous Lea Salonga…But the show itself is a dud—and a missed opportunity. "
Read more

"This is a musical? You bet, and a darned passionate one, too. The carefully researched book by Marc Acito, Lorenzo Thione and Jay Kuo, who also supplied the soaring music and intelligent lyrics, collates years of events into a gripping trajectory, while the stirring score perfectly illustrates the action, seamlessly staged by director Stafford Arima. "
Read more