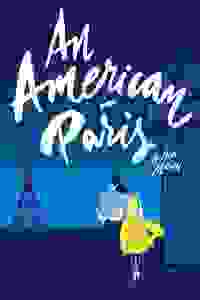 View in admin
An American in Paris
NYC: Midtown W
84
Score it Scored!

An American in Paris NYC Reviews and Tickets

A new dance musical based on the classic 1951 film, telling the romantic story of a young American soldier, a beautiful French girl and an indomitable European city.

'An American in Paris' is the story of World War II Army veteran Jerry Mulligans, who chooses newly-liberated Paris as the place to make a name for himself as a painter. Jerry's life becomes complicated when he meets Lise, a young Parisian shop girl with her own secret. Soon it becomes clear that Jerry's friends are also vying for Lise's love. This romantic tangle can only be untied through the miracle of dance set to George and Ira Gershwin's classic score.

See it if you're a fan of Gene Kelly's dancing. Smartly staged. Great dancers and singers. Romantic story.

Don't see it if you don't care about too much dancing.

See it if You love dance shows and ballet.

Don't see it if You don't like dance shows or ballet or slow moving stories.

See it if you love Gershwin melodies and big dance numbers.

Don't see it if you want a plot that makes sense. Two of the men are in love with Lise without even knowing her. The post-WWII setting is jarring.

See it if You're a fan of ballet. A lovely show heavy on the dance, light on story.

Don't see it if You're looking for a lot of story. This show is all about the dancing. The gorgeous dancing!

See it if this show incorporated ballet with the musical! absolutely incredible . Best direction you can see, great acting, a true winner.

Don't see it if you don t like innovative musicals.

See it if you like great choreography and constantly changing sets that are well done.

Don't see it if you expect a strong story line.

See it if You want to see A-list dancing talent.

See it if you love traditional Broadway with great music and beautiful singing. Charm and grace with some thoughtful reflection on relationships.

Don't see it if big Broadway song and dance shows are not your thing.

"The city of light is ablaze with movement in the rhapsodic new stage adaptation of “An American in Paris.” This gorgeously danced — and just plain gorgeous — production pays loving tribute to the 1951 movie, to the marriage of music and movement, and to cherished notions about romance that have been a defining element of the American musical theater practically since its inception. Just about everything in this happily dance-drunk show moves with a spring in its step."
Read more

"With its odd combination of dour outlook and joyful movement, and its very tasteful corralling of the giddy Gershwin songs from disparate sources that constitute its score, the show is a Broadway unicorn...The attempt to merge dance storytelling with musical-theater storytelling may not always be satisfying but especially at a time when more conventional musicals aspire to the condition of high-speed sledgehammers, it is a delight to relax into a show with a dreamier pace."
Read more

"If playwright Craig Lucas' book scenes at times seem over-complicated, and some of the songs feel shoehorned in rather than integral to the plot, that's a small price to pay. When the music is this glorious, who's complaining? And perhaps it's inevitable that when the many and varied dance interludes convey such soaring romance, dialogue scenes can sometimes seem an impediment. But an awkward transition or two can't diminish the pleasures of a show that's one long sustained swoon."
Read more

"Any one of Wheeldon’s dances packs more content, smarts, and finesse than practically all the book scenes put together...When you can convey so much through pure physical expression—with a slight assist from Gershwin’s “Second Rhapsody” and “Cuban Overture”—words seem somehow insufficient. And Craig Lucas’ plodding, paint-by-numbers-style script is, regrettably, especially insufficient."
Read more

"This is what musical-comedy dance can look like when it’s made by a choreographer who knows how to do more than just stage a song...Not since “West Side Story” has dance been used to such overwhelming effect on Broadway...“An American in Paris” is in no way for ballet buffs only: It is, first and foremost, an old-fashioned, big-hearted spare-no-expense Broadway romance. That it is also a masterpiece of theatrical dance is sweet icing on an already tasty cake."
Read more

"Visually sumptuous and musically rapturous – and really, what more could you ask for? – the show has so many charms. And yet, "An American In Paris" is fabulous looking but vacant. It’s a dance show that features some wonderful dancing yet never takes flight. It’s lifeless at the center."
Read more

"An airy, gentle caress of a show, “An American in Paris” is a welcome oddity on Broadway. Based on the 1951 movie, this musical stars two classically trained dancers — directed by dancer-turned-choreographer Christopher Wheeldon. What those three bring is often swooningly beautiful...The downside of this elegance is that when the production needs pep and razzmatazz, it’s in short supply...But when those two are onstage, they make you believe in love — and the power of dance — all over again."
Read more

"Guiding his first musical, Wheeldon shows a vibrant vision and buckets of imagination, transforming the 1951 film that inspires the show...“An American in Paris” is at its best whenever it’s in motion, which is often. Occasionally the show stubs its toes on corny jokes and book scenes that could use a bit more finesse, such as Jerry’s clunky wartime reflections. That’s nitpicking — just a bit of minor turbulence during this lighter-than-air ride."
Read more