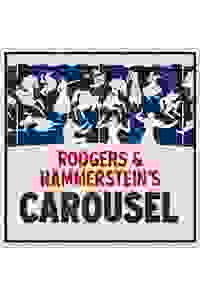 In a Maine coastal village toward the end of the 19th century, the swaggering, carefree carnival barker, Billy Bigelow (Henry), captivates and marries the naive millworker, Julie Jordan (Jessie Mueller). But when Billy loses his job just as he learns that Julie is pregnant, he becomes desperately intent upon providing a decent life for his family, and is coerced into being an accomplice to a robbery. Known as being Rodgers and Hammerstein’s favorite collaboration, 'Carousel' features a score with timeless songs such as 'If I Loved You,' 'June is Busting Out All Over,' 'Soliloquy,' and 'You'll Never Walk Alone.'

See it if Great songs by Rogers Hammerstein, excellent dancing very good singing. Casting so so.

Don't see it if If you don't like a classic show or one that is dated.

See it if you want everything a musical has to offer: singing, dancing, acting, staging that are all top-notch.

Don't see it if you want the original version - this is a new take for today with wonderful voices and innovative choreography.

See it if The second act redeemed the rough first one. Henry’s voice is stellar. The dancing wonderful, but the story is dated and uninteresting.

Don't see it if You don’t like old-timely musicals or this one in particular. The new staging won’t make it better.

Don't see it if leads with absolutely no chemistry will matter to you; you don't want your drama constantly disrupted by unduly long ballet sequences.

See it if you're a fan of Rodgers & Hammerstein, like clever dancing, want to hear Fleming sing, fan of this show's songs, curious about stagngi

Don't see it if you expect an innovative approach, looking for warmth and connection, expect Mueller to act like a lead, don't like large scale musicals Read more

See it if Magnificent voices, inspired dancing & sharp performances blend into an exquisite revival behind able but uninspired direction of O'Brien

91
Why not feast on this production of rodgers & hammerstein's iconic musical that brings a lot to the table?

See it if The dancing is fabulous and I happen to like the story to begin with the singing is excellent.

Don't see it if If you don't like singing and dancing it's not for you. Read more

"The tragic inevitability of 'Carousel' has seldom come across as warmly or as chillingly as it does in this vividly reimagined revival. As directed by Jack O’Brien and choreographed by Justin Peck, with thoughtful and powerful performances by Mr. Henry and Ms. Mueller, the love story at the show’s center has never seemed quite as ill-starred or, at the same time, as sexy...For its first two-thirds, this 'Carousel' tingles with the rapture of life in all its contradictions."
Read more

"Director Jack O’Brien invites us to admire the show as an exemplar of classic American musical theater, lovingly emphasizing its virtues. Prime among them is Rodgers and Hammerstein’s innovative and varied score, repolished by orchestrator Jonathan Tunick and sterlingly sung by the cast...This 'Carousel' pulls its punches; it hits, but it doesn’t hurt. If you love the show enough, you may be inclined to forgive it."
Read more

"O’Brien’s lush, beautifully sung, athletically danced, and utterly conventional revival...Theater isn’t a time capsule, but this 'Carousel' feels like one...Henry is so good that I found myself longing for the production surrounding him to rise to his levels of visceral nuance...If 'Carousel' were a person, he (definitely he) would be an incredible singer, a splendid dancer, and would often look very, very pretty — all while sidestepping the question of exactly what he’s doing right here right now."
Read more

“O’Brien is especially good at teasing out the ways in which women reveal their sexuality in their closed, largely segregated environment…Unfortunately, Fleming, the famous soprano, is no actress…The choreographer, Justin Peck, does a credible job of keeping her and the rest of the cast moving, but occasionally his work seems too expressive for the stage: it makes the space look smaller...And because Henry himself wants to get it right, he can be too precise in his 'anger.'"
Read more

"What's perhaps most striking about revisiting classics of this caliber in an ideally cast production like this one is how shoddy they make the craftsmanship of most new musicals look...The sumptuous 24-piece orchestra does the score full justice, as do Tunick's vibrant orchestrations...O'Brien has put together a dramatically forceful production that feels earthy and real, almost gritty at times, but is also wrapped in a charming old-fashioned theatricality that's quite whimsical."
Read more

"The story is Just. Plain. Bad...The revival is made for modern audiences now living in the #MeToo era, and this production makes no effort to tell the tale through a fresh lens...It doesn’t help that three-time Tony nominee Mueller and two-time nominee Henry are devoid of chemistry and egregiously miscast...The dancing takes center stage in this production, and it’s one of the best things about it...This revival of 'Carousel' does have its strong points."
Read more

"Henry shows off the exceptionally beautiful voice of a genuine actor-singer, a voice that while warm and mellow, can also soar with joy and tremble in despair. Director Jack O’Brien has given us a conventional production of 'Carousel,' in the sense of a show that takes no risks but preserves and protects all the original values of a great American musical...In addition to the eye-and-ear-popping Henry, Jessie Mueller is enchanting."
Read more

"Jack O’Brien is very smart, but his Broadway revival of 'Carousel' is uneven, enough so that those who know the show may find it a disappointment—though they’ll certainly be staggered by the singing...Mr. O’Brien’s 'Carousel' feels slick, like an old-master painting that has been garishly over-restored...Mr. Henry’s performance contributes to the problem: He fails to dig deeply into the part, charging through 'Soliloquy' as if he had to catch a train."
Read more