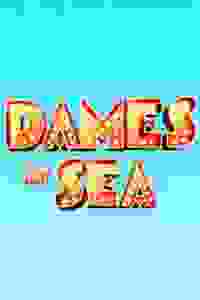 Coming to Broadway for the first time ever and directed by three-time Tony Award-nominee Randy Skinner, this is a classic comedic celebration of the golden era of movie musicals.

Set in the 1930s, the satiric plot follows a struggling chorus girl, Ruby, as she steps off a bus from Utah and into her first Broadway show. But hours before the opening night curtain is to rise, the cast learns their theater is being demolished. Ruby and the cast, with the help of some adoring sailors, set a plan in motion to perform the show on a naval battleship. A tap-happy celebration of the golden era of movie musicals, the show features rollicking tap dancing, love at first sight, joyful music and a boatload of laughs.

See it if you love tap dancing, otherwise skip it. I love DAS, but prodn disappointed. Ruby wasn't strong. Theater was too big. References outdated.

Don't see it if you want a big Bway show. Not worthy of ticket prices. It would've been better OB or OOB. Some strong performances. Clever script/songs. Read more

See it if You like light-hearted musicals with a lot of tap.

Don't see it if You require large-cast, big set musicals with or without the fluff.

Don't see it if You want great music. You dislike satire. You want a more substantial plot.

See it if You love tap dancing and old fashioned musicals. The show has lots of pleasant songs and is very lighthearted.

See it if You like boring musicals with mediocre choreography.

Don't see it if Choreography is important to you and cliched plots are not to your liking.

See it if you enjoy tap dancing and old fashioned musicals.

Don't see it if you don't like tap or dated humor. It's quite fun, but isn't a big, flashy musical.

See it if you love old school broadway and tap dancing

Don't see it if you hate dated shows and want something modern.

"The way the book merrily hopscotches from cliché to cliché can still raise smiles. But 'Dames' ultimately founders on our familiarity, not with the genre it plays with like a cat’s toy, but with the long history, since its creation, of similar simulations of old-school entertainments. Even housed in Broadway’s smallest theater, this miniature musical, with a cast you could fit in a dinghy, seems just a little, well, at sea."
Read more

"It lands like a harmless piece of wet fluff. The first 20 minutes of wide-eyed antics are cute; then your mind starts to wander. 'Dames at Sea's' mild pastiche is passable but passé—imagine a revival, half a century from now, of a Fringe show about the ’80s—and it’s presented with tongue so far in cheek that it can’t say much at all."
Read more

"Instead of sticking close to the presentational style of Busby Berkeley spectaculars, 'Dames' literally belittled itself, making do with a cast of six and an orchestra of three on a stage barely big enough to contain Bernadette Peters. It would seem to be a category error to bring material so conceived to Broadway, and the production that just opened at the Helen Hayes, much as you root for it, fails to argue otherwise."
Read more

"'Dames at Sea' reinvents one of those big-screen spectacles as a shrunken stage musical — a baby Busby Berkeley if you will — with an appealing cast of six that makes its featherweight pleasures infectious...A sweet candy morsel serving unapologetically empty calories."
Read more

"'Dames' is a perfectly happy theatrical entry, but perhaps it has spent fifty years off Broadway for a reason: its satire does not bite so much as nibble. This production could have benefitted from a larger cast, a larger theater, or a larger reason to exist — something that turns it from nice to necessary. As this very solid production stands, it’s not particularly nautical and not particularly naughty, either."
Read more

"The new leading lady of 'Dames at Sea' is no Bernadette Peters. There’s nothing wrong with this revival that Peters, who played the role of Ruby in the original, couldn’t fix. But musical theater stars of her caliber don’t grow on trees, and although newcomer Eloise Kropp is a power tapper par excellence, she hasn’t the saucy charm of a Broadway Baby like Ruby — or the magnetic appeal of a star like Peters."
Read more

"What’s not to like? Nothing whatsoever—but there isn’t enough to love about 'Dames at Sea,' which may have seemed sufficiently witty a half-century ago but has long since been outclassed by the encyclopedically knowing musical-comedy spoofery of 'The Drowsy Chaperone.' Compared with that big-brain homage, 'Dames' isn’t much more clever than a college show, and its parodies steer too close to their models to be other than mildly amusing."
Read more

"‘Dames At Sea’ is a lot of fun and a tribute to the city’s inexhaustible pool of inexhaustible talent, if not actual stars…Broadway today is awash in nostalgia in the form of revivals, reboots and parodies, all done on a far larger scale and offering considerably more bang, or tap, for the buck. And good as they are, the dancers never let us forget just how hard they’re working to please us."
Read more