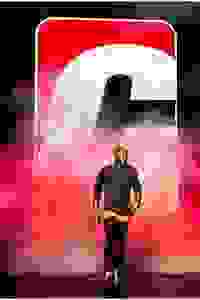 Comedian and actor Dave Chappelle makes his Broadway debut this summer with a limited run of performances at the Lunt-Fontanne Theatre.

Chappelle, whose award-winning comedy is trademarked by his sharp wit and irreverent social commentary, explores race, popular culture, sex, drugs, politics, and fame. In 2017, he released four highly anticipated specials on Netflix: “The Art of Spin,” “Deep in the Heart of Texas,” “Equanimity and The Bird Revelations.” All four specials were delivered on vinyl as double-feature albums and received Grammy Awards® for Best Comedy Album in 2018 and 2019. Pollstar awarded Chappelle with Comedy Tour of The Year in 2014 and 2018 and he captured his second Emmy® for Outstanding Variety Special with Equanimity in 2018.

See it if You like brash comedy that really tries to push buttons and take unpopular stances.

Don't see it if You have sensitivities around liberal hot-button topics like abortion, race, gender, pedophilia, etc.

See it if You want to experience one of the greatest comedians in our lifetime.

Don't see it if You don’t appreciate shorty, cutting humour.

See it if You enjoy clever and quick wit humor

Don't see it if You are sensitive to politics

"Dave Chappelle on Broadway: The Joke Is Getting Old. The comic hasn’t adjusted his material for the setting: he’s still defending wealthy, famous peers and joking about transgender targets."
Read more