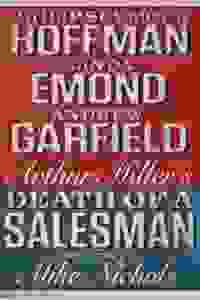 Death of a Salesman (Broadway 2012) NYC Reviews and Tickets

This production of the classic Arthur Miller play, about how Willy Loman finds his career and family crumbling around him, earned seven Tony nominations, including Best Revival.

Set in the late 1940s, Death of the Salesman follows traveling salesman Willy Loman (Philip Seymour Hoffman) as he slowly unravels. The play explores the complicated family relationship between Willy, his wife, Linda (Linda Emond), and their adult sons, Biff (Andrew Garfield) and Happy (Finn Wittrock). In this Pulitzer Prize and Tony-winning drama, playwright Arthur Miller examines how far one man will go to provide for his family and achieve the American dream.

See it if If you want to see a master actor on stage, good directing with superb writing.

Don't see it if If you do not like Arthur Miller.

Don't see it if you don't enjoy serious drama. DEATH is heavy lifting. This production is better than Dustin Hoffman version. Read more

See it if You've never seen the play, or Hoffman, before.

Don't see it if You saw the Dennehy production.... Doesn't exactly compare.

See it if The first show I saw upon arriving in NYC was DOAS, & I've yet to see a better show since in the 15 yrs. I've lived here. MUST-SEE!!

Don't see it if If U don't like emotional family stories or crying real tears then steer clear of this show. Don't go if the cast seems too inexperienced.

See it if Great version of the book as well.

Don't see it if Production ended, but it is a must see for the future.

See it if You've never seen Death of a Salesman before, you are a fan of weighty drama.

Don't see it if You have no taste.

See it if This show is a classic, and while it builds relatively slow by today's standards, you'll be completely absorbed I promise.

Don't see it if you get bored too easily. It's a great show but tends to drag on if you can't dig in completely.