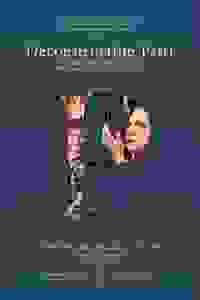 Stage star Patti LuPone and Broadway über-geek Seth Rudetsky join forces for a one-of-a-kind evening of songs, stories, and merriment. Rescheduled from its original date of May 14.

For the first time in New York City, two-time Tony, Grammy and Olivier Award winner Patti LuPone will revisit some of the iconic roles of her illustrious career, and Seth Rudetsky—the wildly popular host of 'Seth’s Big Fat Broadway' on SiriusXM—will deconstruct them as only he can do. After acclaimed performances together across the U.S. and in London, this unscripted evening will include stories LuPone hasn’t talked about anywhere else and would share only at the prompting of Rudetsky. This is a one-time-only benefit for Broadway Cares/Equity Fights AIDS. VIP tickets include a post-show reception with LuPone and Rudetsky.

Don't see it if You're not a Patti fan. It did have an improv and not really polished feel to the direction. Some numbers were less exciting.

See it if A treat to get to see LuPone perform highlights from her career! Her voice incredible & stories hilarious. She IS Broadway Royalty!

Don't see it if It was not perfectly rehearsed but that was part of the fun and charm. Very exciting to hear her do Sunset Blvd at the end of the night.

See it if You consider yourself a theatre fan...you should kneel and worship at the alter of Patti and none better for spiritual guidance than Seth!!!

Don't see it if You don’t like Patti LuPone (and don’t mention that around serious theatre goers or gay men or you may have a fight on your hands...LOL).

See it if It's 'LuPone Worship' at it's purest. Either you go to this church....or you don't W/special guest stars, Evita 2.0 & Patti's Sunset Blvd!

Don't see it if A geek out/freak out with Patti & Seth If you have to ask who they are...not the show for you "# ain't gonna happen"

See it if Seth interviewing Patti. Great patter and insight into her shows and method. Opened with Some People. Fantastic Evita selections w/ Esparza

Don't see it if As Long As He Needs Me (and why she did not transfer from London to Bway) War Paint w/ Ebersole & Frankel. You're The Top w/ McGillin Read more

See it if A simply incredible evening of Patti and Seth, with surprise guests, wonderful anecdotes and terrific songs, all for a great cause.

Don't see it if you don't like Patti LuPone or Seth Rudetsky.

100
Epic patti concert for the ages

See it if you want an incredible evening about an Epic Artist.

Don't see it if you don't like Patti (WHAAAAAAA)? Or would rather see HAMILTON.

90
Must see, Funny, Great singing, Entertaining, Once in a lifetime experience (& she ain't gettin any younger!)

See it if Perfect pairing of the Ultimate theater geek (at the piano) with the ultimate DIVA (in fine form). Y R READING this?? GET OUR TIX NOW!!!!!!!