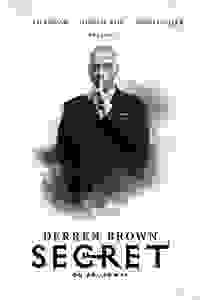 British mentalist and illusionist Derren Brown brings his unique brand of mind reading, persuasion, and psychological illusion to Broadway for the first time. (Past Reviews)

From the show:
From stage to screen, two-time Olivier Award winner Derren Brown has mesmerized millions worldwide with his unique brand of mind reading, persuasion, and psychological illusion. Now, for the first time ever, this U.K. phenomenon and Netflix star brings his talents to Broadway.

After a sold-out, critically acclaimed run off-Broadway at the Atlantic Theater Company, Derren Brown: Secret returns with a spellbinding experience that dares us — in the most jaw-dropping way — to take a closer look at the stories and beliefs that guide our lives. Behold a theatrical event of the mind in this “thrilling spectacle of psychological magic” (Entertainment Weekly). Performances begin September 6 at the Cort Theatre.

See it if you like mentalist shows. it is interesting and tricks are impressive.

Don't see it if it is slow. Most of the tricks I had already seen on TV. Still impressive how it happens but not really fresh to me.

See it if You enjoy magic or mind reading and looking for something different on Broadway.

Don't see it if You are expecting a traditional magic show. This deals more with mind reading and audience interaction.

See it if You enjoy magic-one of the best, most entertaining I’ve ever seen. Not just illusions, his storytelling woven between tricks is impressive!

Don't see it if You don’t like magic/illusion shows. No matter how mind blowing he might be (and he really is!) if you’re not into it don’t bother. Read more

Don't see it if you expect a play. No plot! But an amusing evening of curiosities.

See it if u want to be dazzled by a smart, witty, charming mentalist who has conceived a clever, captivating audience-participatory divertissement.

Don't see it if ur a cynic loathe to sit back & enjoy the seemingly inexplicable happenings; u hope for the Vegas theatrics of Copperfield, Blaine, et al. Read more

80
Extraordinary mentalist derren brown performs amazing feats; but many are too perfect, robbing them of the illusion of magic

Don't see it if feats performed in 2nd act so perfect/symmetrical that illusion of the supernatural/sense of wonder is blunted; some patter is anodyne Read more

See it if You want a funny, interesting. Sometime leave you with HOW did he do that. Fast pace show with audience involved in.

Don't see it if If you want music, and dancing. Read more

See it if you like to see a great show with a masterful mentalist. Derren has a smooth and very entertaining style. Audience gets involved.

Don't see it if you don't like shows with mentalists even for entertainment value. Read more

CRITIC'S PICK "Review: Being Brainwashed Into Joy in Derren Brown’s ‘Secret’: This one-mentalist show, in which Mr. Brown peers into the minds of his audience, offers exhilaration and comfort to New York City’s head cases."
Read more

"The show...is infused with a theatrical polish that makes its substantial running time fly by. By the time it's over, you'll be thrilled you've been so oblivious to the evening's devilish machinations that you somehow didn't see a man in a gorilla suit snatching a banana from a podium onstage in plain view. Not once, but twice."
Read more

Grade: A “The tricky thing about reviewing Derren Brown’s Secret on Broadway is that the audience is sworn to secrecy on arrival in the theater. So should I just tell you it’s great, go see it, you won’t regret it, and be done? Okay, fine, you’re here for more context than you’d gain from a tweet, so here comes a mostly cryptic review.”
Read more

"It’s a jaw-dropping, multi-layered reveal with a kicker of a coda. If minds aren’t totally blown, they’re at least scrambled for a while. Even cynical New Yorkers will be at least momentarily stunned."
Read more

3/4 Stars. "Illusionist's show may not be magic, but it sure is theater."
Read more

"The show is bound to keep audiences guessing how he does it night after night. Hard to believe it’s just a bunch of tricks up his sleeve because he does seem to have some powers of thought control. And now that I’ve said it, I’m wondering who really wrote this rave review - was it me or was it him?"
Read more