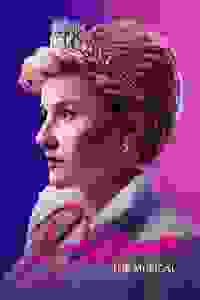 The legacy of Lady Diana Spencer gets the Broadway treatment in this new musical, directed by Tony Award-winner Christopher Ashley. Princess Diana was a cultural phenomenon. Despite oppressive obstacles, she captured the heart of a nation. This new musical explores the defining moments of Diana's life with brand new songs, including the courtship and marriage to Charles, their subsequent falling out and confessions of Charles' affair, and Diana's courageous acts of resilience and revenge as she crafted her timeless legacy.
Read more Show less

Don't see it if If u want a complete show. Act 11 was bad. Poor direction.

See it if you know the whole story and would enjoy a hard working cast, especially the supporting cast, singing & dancing their way through the story.

Don't see it if you want the entire story - there is a lot of jumping forward here that leaves so much out to just have rhyming song after song. Read more

See it if you enjoy traditional musicals with a historical base. The story is both familiar & charmingly unexpected as is the format. Very nicely done

Don't see it if big Broadway musicals are not your thing.

See it if you enjoy a delightful retelling of the tragic story of Charles and Diana. Great staging and costumes with wonderful performances by all.

Don't see it if you don't want to see another story about Charles and Diana or if you are a fan of Camilla. Read more

See it if you crave anything Diana; lots of beautiful costume changes; some good singing; you're dying for a new musical.

Don't see it if you're looking for a well written book w/memorable music & lyrics; a beloved figure who is shown here to be nothing more than a charicature

See it if you want to relive her short life, or you like seeing the clothes that she wore (sadly, they don't fit the actress playing Diana--wardrobe?)

Don't see it if you're looking for new insights into this story, or if you want songs that will stay with you.Performances are fine.Judy Kaye is magnificent

See it if you don't expect a serious autobiography. This is a musical soap opera of a media soap opera, and works splendidly as such. The camp is fun!

Don't see it if you wouldn't enjoy a whole song dedicated to Diana breaking up a Camilla-Charles get together. Read more

See it if want a contemporary Cliff Notes version of Diana's life with nice costumes.

Don't see it if expecting depth. Wasted talents. Music is forgettable. Show either needs to be total camp or serious - the tone is not set

"But if you decide to write a musical about a real woman, known worldwide, who died tragically while still a young mother, something more rigorous is demanded. “Diana,” though, is lazy and thus neither entertaining nor insightful; though audiences talk back to it at will, it’s not even campy fun. It’s just exploitative, doing to the Princess of Wales pretty much what the tabloid press — let alone the monarchy — did to her in the first place."
Read more

"Diana itself skips over most of its heroine’s very real issues—her eating disorders and suicide attempts are name-checked only briefly—and dwells on the tabloid drama of her Gone with the Windsors romantic entanglements. (“It’s the Thrilla in Manila / But with Diana and Camilla!”) And while it portrays Diana as eager to move beyond the world’s superficial dismissal of her as “a pretty pretty girl in a pretty pretty dress,” it unabashedly elicits applause for costume designer William Ivey Long’s reproductions of her most famous outfits, and gets an early laugh at the expense of Camilla’s appearance. This is shabby stuff, and the laziness of the writing extends to the smallest details."
Read more

"There is something audacious about this musical’s suggestion that the people’s princess belongs to the people, by way of the popular medium’s basest, bluntest, most blatantly pandering form. Those who’ve watched “Diana” on Netflix, where a filmed version of the stage show was released in October, know it’s unnerving — in the uncanny way of a wax museum come to life, Kool-Aid pulsing through veins instead of blood."
Read more

"Diana is a muddle, its few pleasures coming from Jeanna de Waal’s perfectly acceptable singing, a sly turn by the terrific Erin Davie as Camilla Parker Bowles, some cool dresses and the scattered unintentional humor that had the crowd response at the reviewed performance, complete with a well-timed “f*ck off” aimed at the arrogant Prince Charles, suggesting the musical might be primed for Rocky Horror-level audience engagement."
Read more

"Besides lacking a compelling point of view to make this familiar tale fresh, the slick musical retread tends to take a campy approach as it chronicles Diana’s tumultuous marriage to the ever-unfaithful Prince Charles. That includes a cameo and commentary by her step-grandmother, romance novelist Barbara Cartland, gushing and gabbing in an explosion of Pepto Bismol pink. Diana’s 11 o’clock ditty about how she’ll “light the world” doesn’t balance the scales."
Read more

“A show that purportedly gives voice to a woman scorned and manipulated gleefully surrenders to its inner Jackie Collins, offering up trashy thrills punctuated with assertive power ballads. Strenuously uplifting one moment and deliriously campy the next, Diana is a musical suffering from poor impulse control. For certain show fans, it will be the season's guilty pleasure; you know who you are.”
Read more

"I could cite a number of even more cringe-worthy lyrics, but why bother? In truth, Diana isn’t much more insipid than any number of musical hagiographies that have popped up in recent decades, and director Christopher Ashley, to his credit, guides it with a light hand, having fun with the dishier aspects of the story rather than wallowing in the pathos. "
Read more

"It is not good. It is not terrible. It is bloodless, procedural, and, in Christopher Ashley’s staging, constantly, exhaustingly turned up to 11. It lacks nearly any wit, poetry, or sense of fun—except in the few moments when the tone shifts, briefly and inexplicably, to camp."
Read more