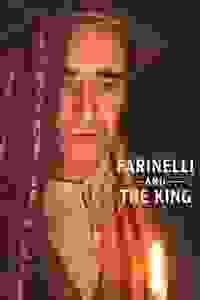 Farinelli and the King

Don't see it if you want plays to mean something

Also fabulous staging and acting, but the purpose of the piece is not clear.
Annoying detail: one of Dante's most famous lines (Paolo and Francesca's episode, "amor ch'a nullo amato amar perdona") is misquoted over and over ("che amor perdona"): why? If checking on the actual book is too much to ask, everyone has access to google... they quote the exact OPPOSITE of what Dante says
... Read more Read less

See it if like Mark Rylance's acting and enjoy opera

Don't see it if prefer musicals with a lighter story

See it if Want a delightful evening of pleasurable opera, good acting, and creative candlelight, set in the 18th century,

Don't see it if You are impatient for fast action and unexpected turn of events.

See it if You want to see Mark Rylance on stage. He's always a treat. The play around him isn't the best, but it's a fun, calming evening.

Don't see it if You're a tourist who wants to see a Broadway spectacle. The aesthetic here is gentle and calming because of all the candle light.

See it if If you love Handel sung by counter-tenor which I didn't know I would like so much.

Don't see it if you expect a play that has a dramatic arc and offers true transformation.

Also The theme of music and art having the power to heal is a good one, however the play itself seems to forget the plot fairly often. The singing is exquisite, don't understand why the singer could not also be the actor (can someone explain that to me?). All the acting is fine, the sets and costumes are lovely, but it didn't really hold together that well.... Read more Read less

See it if You appreciate Mark Rylance and great acting; love historical dramas; want to both learn and be entertained by theatre.

Don't see it if You prefer comedies, musicals (there is music but this is not a "musical"), or prefer contemporary dramas.

Don't see it if Portrayals of madness upset you. (This one is quite moving.) You loathe operatic music. Not suitable for children. The play is a tragedy.

See it if you're a Mark Rylance stan or you're very into hearing a countertenor singing Handel arias (I am both!)

Don't see it if you're looking for great writing. The script fine - workmanlike, I'd say - but not the main draw.

See it if You enjoy Mark Rylance and a cappella music.

Don't see it if do not enjoy historical plays.

See it if If you like terrific acting, unique staging, interesting blending of play and opera.

Don't see it if opera turns you off

See it if You like having new theatre experiences

Don't see it if you expect a fully-formed and engaging story and expect the acting to blow you away. It felt completely underdeveloped.

See it if You want to see a show that touches existence issues with subtlety/tenderness. I’m surprised the bitterness and soft undertone mixed up well

Don't see it if You don’t get that British/European subtlety. Some details are easy to miss if you don’t do some thinking. Or you don’t like period set.

Also This is really good. The set, the costume, the writing, the cast, the music, even the audience, all served the story very well. I was pleasantly surprised that although it’s a period drama, nothing feels banal/outdated/rigid. Instead it’s a story with a modern, or rather classic core, which is why we exist and what can/would we do in this frightening cruel world. And the play addressed this with bitterness underneath comedic lines and tenderness when depicting a seemingly horrid, mad king and his companion with an angelic healing voice. The delicacy/vulnerability/subtlety seemed the most surprising but amazing part in this play. It reminded me of the Curious Incident somehow. Mark Rylance delivered a wonderful performance, as well as the two Farinellis. They broke the fourth wall-but in a very none intruding way, I thought it was brilliant. The set was beautiful, you would be transported back in time, especially with the help of the candle scent. One of the best plays this year.... Read more Read less

See it if You enjoy opera, beautiful staging and very good acting. Iestyn Davies is amazing; it is easy to believe the music is transformative.

Don't see it if You dislike opera or prefer action to conversation.

Also The lovely Belasco theater was a perfect setting for this play. The staging, costumes and set were simply wonderful. Mark Rylance gave a haunting performance as the mad king.... Read more Read less

Don't see it if You can't bear poorly articulated lines, great actors not doing their best, and a play that requires prior knowledge of story

See it if you are interested in the inherent poetry that exists in music and science, and if you want to marvel in the wonder that is Mark Rylance.

Don't see it if you're going to get squidgy about Bechdel tests and the like - it fails.

Also The first act is absolutely enchanting - gorgeous, heartbreaking, beautiful. The second act is a bit lackluster by comparison, as often happens on Broadway these days. But overall, the show is beautiful. It fails the Bechdel test, of course, but is still worth a viewing.... Read more Read less

See it if Amazing Mark Rylance and great cast. Beautiful singing from Iestyn Davies will fill your soul. Unlike anything else on Broadway.

Don't see it if I don't know why you wouldn't want to see it.

See it if You love great sets and semi-immersive theater. Character driven drama. Rylance is brilliant, as is the rest of cast. The music is beautiful

Don't see it if You are seeking suspense. The play itself has some slow moments where the trajectory of the plot gets lost.

Helpful?
View in admin Edit
A
Anthony 7327
Borough of Queens

See it if You are a fan of classical theatre, but would like a little twist.

Don't see it if You are not a fan of classical theatre, or opera.

See it if Slow historical drama

Don't see it if Countertenors and directionless direction

See it if you enjoy history, humor and heart.

Don't see it if you have trouble with British accents.

Don't see it if You hate opera, are uncomfortable seeing insanity portrayed, can't handle a little profanity, or want a nice, traditional play or opera

Also I went in expecting a dry but interesting drama, an ultimately sad story with some beautiful singing.

I got so much more than I expected.

Rylance was just excellent, nuanced, as he drifted between clarity and madness, so often funny, then lunging us into darkness or deep introspection. It felt like an authentic portrayal of the condition, not a caricature of madness.

The actress who played the queen wasn't terribly memorable, but she did well.

The other big surprise for me was farinelli - the actor playing him did not sing - a singer appeared on stage to be his voice. At first I assumed it was simply that he couldn't sing the part, which is probably true, but it also symbolizes the divide within himself - farinelli was the stage presence, a different man entirely than Carlo Broschi, the man who grew from the boy who was cut.

Symbolism aside, I didn't find his portrayal particularly special and feel the wonderful opera singer could have performed it just as well.

See it if You want to see a truly unique show with world-class acting, humor, and operatic singing, but not a typical musical

Don't see it if You're a child or afraid of candles. That's all I got. This show is spectacular and beautiful, and every adult could enjoy it.

See it if you want to see Mark Rylance do his thing in an elegant, ethereal setting.

Also The staging and arias created a lovely mood--candlelit stage, gorgeous period costumes, delicate music. I just wasn't moved by the story the way I thought I would be. Some light, funny moments saved this for me.... Read more Read less

See it if you want to see Mark Rylance deliver a stunning performance, and explore mental illness. Sam Crane also is pretty great.

Don't see it if you're looking for great writing or are expecting a fully period piece (this doesn't seem to know if it is or not).

Also Act II is much worse than Act I. There's a weird breaking of the fourth wall that left me very confused. Plus the device of having a separate singer to sing Farinelli's arias didn't quite work for me.... Read more Read less

Shakespeare's Globe
Producer
Get Alerts Alerts On Alerts Off 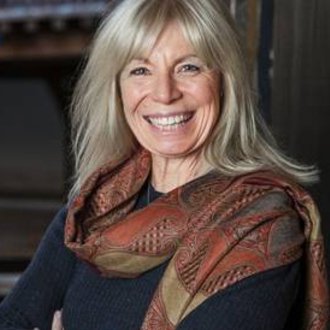 Claire van Kampen
Playwright
Get Alerts Alerts On Alerts Off 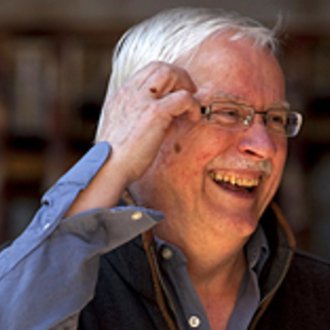 John Dove
Director
Get Alerts Alerts On Alerts Off 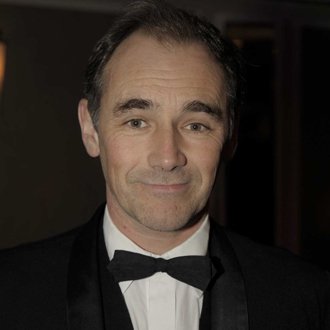 Mark Rylance
Philippe V
Get Alerts Alerts On Alerts Off

Sam Crane
Farinelli
Get Alerts Alerts On Alerts Off 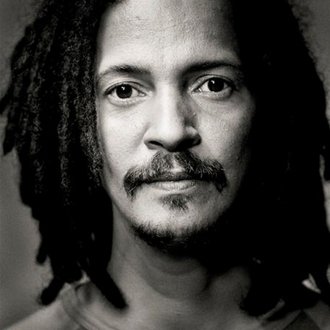 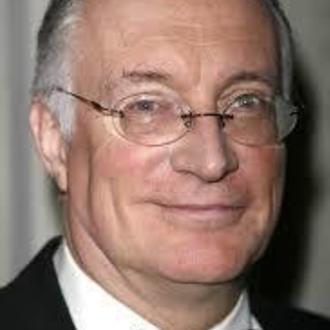 Simon Jones
John Rich
Get Alerts Alerts On Alerts Off 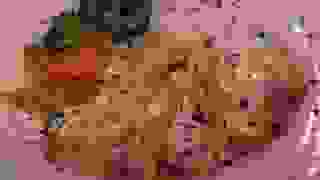 1 min walk. A classic French bistro, and perennial hang out of theatergoers and theatermakers alike. Solid, dependable, and pleasant. 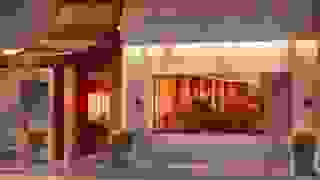 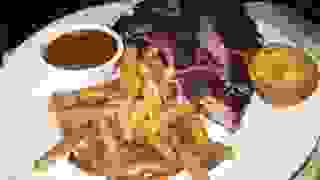 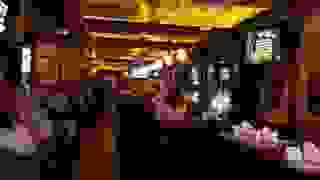