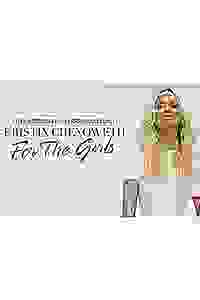 View in admin
For the Girls
NYC: Midtown W
87
Score it Scored!

For the Girls NYC Reviews and Tickets

Emmy and Tony award-winner Kristin Chenoweth returns to Broadway performing a series of classic hits from her new album, "For the Girls."

Kristin Chenoweth will bring her powerhouse voice and her emotionally charged interpretations as she performs a series of classic hits from her new album, For the Girls. She will wow the audience with songs such as "The Way We Were," "When I Fall in Love," and "The Man That Got Away" from the beloved artists Barbra Streisand, Dolly Parton, and Judy Garland. This must-see performance acts as her personal tribute to music's most passionate women, who have influenced her into becoming the accomplished Broadway star she is today.

Don't see it if Set was really bare. Her previous show had way more pizzaz and glamour.

See it if You love Kristin. She's amazing as always.

Don't see it if If you aren't a Cheno fan. Read more

See it if Chenoweth always shines. This holds up to previous shows. Hallelujah is beautiful.

Don't see it if You don’t like Kristin Chenoweth.

See it if Lady sesh.Diminutive operatic songbird stan girl-crushes on covers from the girls who have inspired & shaped her career from the radiowaves.

See it if Fun to see Kristen Chenoweth. She is a fantastic singer and was really able to express herself in this setting.

Don't see it if You don’t want to hear some too cutesy jokes and don’t like a show that is mostly singing.

Don't see it if Don’t like her. She sings maybe 70% of the time, rest talking or her guests. Read more

See it if They really should have sold the 8-show run as a "package" for fans due to the number of guests that rotated in-and-out each night. Magic!!

Don't see it if If U don't like KC why bother, unless U like 1 of her many guests: CeCe Winans, Chele Wright, Laura Benanti, etc. Also, if U dislike WICKED Read more

See it if you are a fan of Kristin Chenoweth. She does a great job and makes the evening enjoyable.

Don't see it if you are not a fan of Ms. Chenoweth. While the show is good, I don't think it would convert a non-fan.

"When Home Is a Big Broadway Stage: Kristin Chenoweth and Ian McKellen demonstrate the increasingly popular art of turning theater palaces into cozy parlors for confabs with fans."
Read more

"In Broadway's For The Girls, Kristin Chenoweth is center stage — but she lets everyone shine."
Read more

"From Judy to Barbra, Kristin Chenoweth Soars in New Broadway Concert 'For the Girls'"
Read more

"The ageless, plucky pixie with the huge voice and the dainty frame. Her coloratura trills and helium squeak transcend period and plug her into a beloved line of comedy dames, from Fanny Brice to Annaleigh Ashford."
Read more

"A fearless Kristin Chenoweth dazzles in ‘For the Girls’"
Read more