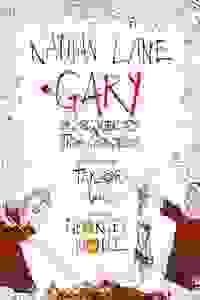 Gary: A Sequel to Titus Andronicus

In "Gary," Taylor Mac’s singular world view intersects with Shakespeare’s first tragedy, "Titus Andronicus." In Mac’s new play, set during the fall of the Roman Empire, the years of bloody battles are over. The civil war has ended. The country has been stolen by madmen, and there are casualties everywhere. And two very lowly servants – Lane and Nielsen – are charged with cleaning up the bodies. It’s only 400 B.C. – but it feels like the end of the world. Directed by five-time Tony Award winner George C. Wolfe.

See it if If you want to see nathan lane. Some good comedic moments.

Don't see it if If you want a really good comedy, or something worth your money. Most jokes went flat, most jokes were pervie. Terrible shiw.

See it if u want to see 3 masterful performances in a subversive, multi-layered, satirical, morbid, comical, poignant, thought-provoking, unique play.

Don't see it if u seek a traditional theatrical experience; ur squeamish & unable to fully embrace raunchy humor in the service of very smart lampoonery.

Also I wish I had seen this sooner in its protracted run, as I would have enthusiastically evangelized for Taylor Mac's witty, smart, uproarious, complex, high brow/low brow, audacious comedy that satirizes Shakespeare, Roman Comedy, traditional theatrical conventions, class structure, current politics, and so much more.

See it if Nathan lane is my hero forever. Taylor Mac is a superstar. The set alone is worth viewing. The audience loved the show

Don't see it if BUT..... It is not my kind of humor. With 3 major performers it is a yelling contest,

See it if you want to laugh-Nathan Lane at his best as clown, fool and maid, with equal support by Kristine Nielsen on a great set with surprises.

Don't see it if you do not enjoy raw humor set in 400 B.C. that relieves the horrors of war with brilliantly written words, marvelous rhyming and timing.

See it if Funny and raunchy play with dead bodies, blood. Not something you see every day.

Don't see it if Rhyming, Blood, Dead bodies (Not Real), fart jokes, Raunchy humor. Someone needs to get rid of the bodies.

See it if you're looking for something completely original and don't mind fart jokes and gore (though the gore is not realistic).

Don't see it if you prefer clear language. The show isn't terribly difficult to follow, but there are moments where the characters lapse into poetic verse.

See it if you enjoy a raunchy and funny sequel to Shakespeare's play. Very clever and entertaining. There is some gross talk but also very witty.

Don't see it if you don't like talk of farts and private parts. The dialogue is very funny but much is off color.

Also A must see if you like Nathan Lane and Julie White. All three actors gave wonderful performances. I came into this show ready to be offended and disappointed but I was pleasantly surprised to enjoy this comedy.... Read more Read less

Don't see it if You want actual substance in a play. Nothing happened for 90 minutes other than bathroom humor again and again.

See it if You’re taste in theatre is extremely sophisticated and your wits are quick.

Don't see it if If you’re prudish or squeamish.

Also Bring a heavy sweater the theatre is FREEZING!!

See it if Deliciously ridiculous and raunchy. Taylor Mac's script might not make much sense without Nathan Lane and Kristine Nielsen delivering it.

Don't see it if It may be too grotesque for some, but I couldn't stop laughing. George C. Wolfe's direction adds clarity. Tony Kushner was in the audience

See it if you're a fan of anyone in the talented cast, you enjoy farce and calamity, or are looking for a 90-minute comedy.

Don't see it if you can't stand some low-brow humor including a lot of fart and penis jokes.

See it if Many funny moments. If you’re familiar with Titus, it helps. Great cast. Spectacular set. If you can get cheap tickets, it’s ok.

Don't see it if Often hard to understand. Many stomach-churning moments. Goes on after the natural ending. A lot of it is in verse.

See it if you want puerile humor beating you unrelentingly over the head. You dont mind it was nominated over To Kill A Mockingbird.

Also If the jokes cant fly on their own they wont be better if you try to explain them. Just horrid. Loud, obnoxious, slght gags with no creativity or originality.... Read more Read less

See it if You are a fan of Nathan Lane, if you laugh at anything or if you like slapstick humor.

Don't see it if You want a really funny comedy with a well developed plot and significant comedic content.

dianefe
Astoria
65+ | Female
374 reviews
Get Alerts Alerts On Alerts Off
81
Great acting, Over the top, Raunchy, Refreshing, Relevant
May 13th, 2019

See it if you want a fresh take on the stupidity of war.

Don't see it if you dislike farces, gore and lewd jokes. I dislike all three and still enjoyed this show because of it's powerful and well executed message.

See it if extremely different over-the-top play about underlings cleaning up the messes created by those in power, great set; Lane, Nielsen & White*

There are some touching and insightful moments & some satirical humor but too outnumbered by the juvenile bits.

See it if you really love this actor or playwright, I guess. In fairness Julie White and Kristine Nielsen were quite good.

Don't see it if you like Nathan Lane and don’t want to see him badly bluster through this dreck.

Also 90 minutes of our lives we can never get back.

See it if fans of Nathan Lane, Kristine Nielsen, and/or Julie White—all exceptional comics who are playful and intelligent in their (absurd) choices.

Don't see it if you dislike “low-brow,” even ghastly humor involving bodily fluids of all kinds; making fun of death; lots and lots of “blood” and nonsense.

Also Gary: A Sequel to Titus Andronicus provocatively extends the aforementioned William Shakespeare play, making us ask: who cleans the bloody mess (literally) the day after slaughter? Enter clown Gary (Nathan Lane) who wants to be a “Fool”—a “clown with ambition”—and so embraces a new job as a custodian. Amplifying antics are professional “cleaner” Janice (Kristine Nielsen) whose “straight man” role balances perfectly with Gary’s shtick and Julie White’s Carol’s wackiness. Santo Loquasto’s set design is hideously-gorgeous. The use of props, space, and body parts (human and animal) is so wrong, but you’ll laugh. If you’re not a fan of dark humor and screwball comedies complete with farts, phallic jokes, and a “foolie” (a foolish animation or early “movie” performed by “corpses” on hooks), skip this one. But I found it an intriguing, original work that is indulgently funny—so bad, it’s good. And the performers are all top-notch, keeping surprises throughout feeling fresh and spontaneous.... Read more Read less

See it if you want to see Nathan Lane doing what he does best - making me laugh. A mix of Shakespearean references and fart jokes, plus a baby shark.

Don't see it if you don't know enough about Shakespeare to get the jokes or are too much of a snob to giggle at swinging penises.

See it if you enjoy physical humor and the gross-out factor. You're a fan of Nathan Lane.

Don't see it if you're not 13 years old anymore and don't need gross-out, fart-joke plays.

See it if The rich and powerful f* up the world, leaving the poor and marginalized to clean things up, but maybe they can become positive change.

Also Ticket from in-person rush for $40. Seat was first row center, where Nathan Lane winked at me and where stage blood splattered on me.... Read more Read less

See it if you want the bragging rights to be had here, which for me is only Nathan, or if you want to see a good set. This is the new Moose Murders.

Don't see it if excessive potty humor, anatomy jokes, pointless script and obvious humor is not your style. I really suffered through this one.

Also Sadly, I was there on opening night, and compared to other openings, there was no excitement either before or after the show. The usual frisson was not in evidence. (We didn't even go to the party afterwards.) All this has going for it is the ability to say you've seen it, which for some may be enough. There is nothing here that is worth your time, and Nathan, what are you thinking??? Taylor Mac to me is another emperor in new clothes, and truthfully, when I got home I felt my brain had been temporarily damaged. I couldn't do simple tasks without a brain strain. Fun to sit with Broadway royalty, but no one was really happy after it was over. Desultory is the word.

Nathan gave it his all--bravo to him, but this was an embarrassment.

See it if you're curious about what happens AFTER Titus Andronicus. You're up for 90 minutes of kaka, farts, urine and the actors' great comic timing.

Don't see it if you're hoping to see a play worthy of the actors' talents. It's such a mess, literally and figuratively.

Also 5/11 - Saw Gary again, this time from a much closer seat and re-evaluated my score. I also did some reading and had a better comprehension of Taylor Mac's play.... Read more Read less

See it if you are a fan of Nathan Lane.

Don't see it if Nathan Lane, Kristine Nielsen, and Julie White aren't a trio of actors you'd love to see in any production.

Also Loved the concept. Loved the actors cast. Loved the set. Loved the message. Still, my mind wondered during the 90 minutes of speeches I, as a audience member, was treated to listen to.... Read more Read less 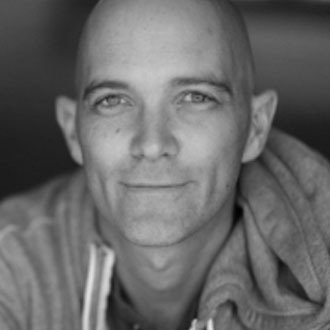 Taylor Mac
Playwright
Get Alerts Alerts On Alerts Off 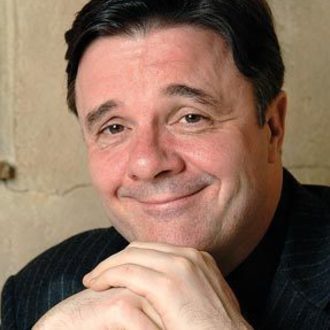 Nathan Lane
Gary
Get Alerts Alerts On Alerts Off 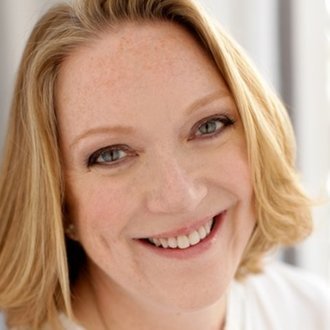 Kristine Nielsen
Janice
Get Alerts Alerts On Alerts Off 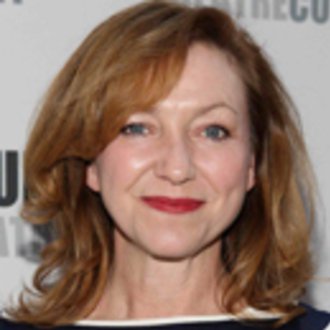 Julie White
Carol
Get Alerts Alerts On Alerts Off 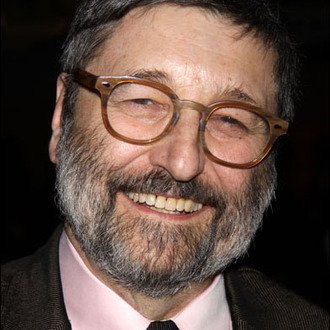 Santo Loquasto
Set Designer
Get Alerts Alerts On Alerts Off 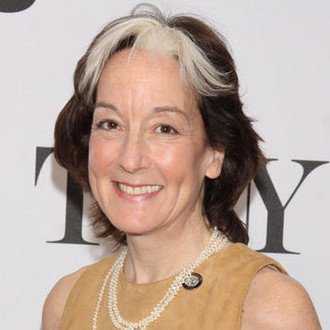 Peggy Eisenhauer
Lighting Designer
Get Alerts Alerts On Alerts Off