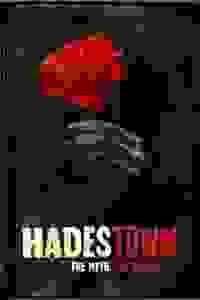 Winner of the 2019 Tony Award for Best Musical, this is a new twist on the classic Greek myth.

Based on Anaïs Mitchell's concept album, this musical won eight Tony Awards (including Best Musical) plus the Grammy for Best Musical Theater Album in 2020.

'Hadestown' is a poetic interpretation of two Greek myths: Orpheus and Eurydice; and Hades and Persephone. The indomitable Andre de Shields narrates the show as Hermes, weaving the tales of two pairs of lovers together with jazzy grit, flair, and tenderness.

Rachel Chavkin won a Tony for directing 'Hadestown,' making her only the fourth woman in history to win the Tony for Best Direction of a Musical.

See it if You want to see a truly original take on this classic story with some great moments in what I would call a mixed bag.

Don't see it if You’re expecting something revolutionary or deserving of 14 Tony Award nominations. Read more

See it if you enjoy musicals that have it all from beginning to end-superb cast, costumes, lighting, sound, orchestra and songs that tell the story.

Don't see it if you hate musicals or do not appreciate stellar showmanship.

See it if Nonstop musical orgasm takes us to the land of the dead. The timeless myth is rendered current with feeling & urgency. Creative staging.

Don't see it if You don't like romantic tragedies or folk-pop-blues music. Plus a political statement on the darkness of Trump's America.

See it if Greek drama with a New Orleans flavor catches your fancy. Big talented cast including the on stage musicians. Interesting retelling of myths

Don't see it if your taste runs to sparkly upbeat musicals. Ending suggests we will spend more time on hopes and prayers than realizing possibilities.

See it if u want to see Chavkin at her creative best, directing a not-quite-heavenly but inventive & ambitious retelling of a Greek underworld romance

Don't see it if u don't have some basic knowledge of Greek mythology; you seek sexual chemistry, character development, rich narrative &/or a classic score. Read more

See it if you like an interesting take on the Orpheus and Eurydice myth. Nice staging. Lots of humor and some serious songs.

Don't see it if you like a show about the lovers. This plot really concentrates on Hades and other characters. Good music but not great. Read more

See it if You enjoy creatively staged musicals with exceptional music and could care less about an interesting story.

Don't see it if You saw this off-Broadway and think the Broadway version will be substantially different. Save the design, it’s not.

See it if fables and myths interest you, you enjoy stories about tragic romances, or you just want to see some excellent stage artistry.

Don't see it if you don’t care for sung-through shows. I found the plot difficult to follow at times because I couldn’t properly hear the sung exposition.

“The sumptuous, hypnotic and somewhat hyperactive musical...Chavkin and her creative team have saved ‘Hadestown’ on its way uptown by turning it into something very much warmer...The story is clearer...’Hadestown,' even with the heat turned up, is still a somewhat abstract experience...Mitchell develops her larger themes mostly through metaphor. This can get tiring; even though so much of what happens happens beautifully."
Read more

“Mitchell’s fizzy, moody, thrilling new musical....Although the narrative has gained some bulk since 'Hadestown’s' Off Broadway run, it is still wight-thin...Yet somehow that hardly matters: ‘Hadestown’ sweeps you up in its atmospherics and in the intensity of its eco-Marxist vision of solidarity and the liberating potential of art...Most important, it has Mitchell’s score: a joyful combination of folk, pop, Dixieland and blues that will make you want to rehear it as soon as the lights come up.”
Read more

“’Hadestown’ has arrived...And its current manifestation feels lush, vigorous, and formally exciting, not to mention witchily prescient...As an intricate and gorgeous feat of songwriting, as a vehicle for dynamite performances, as a visionary long-term collaboration and a courageous experiment with form, ‘Hadestown’ is cause for celebration...Mitchell’s lyrics are image-rich and clever, her tunes exhilarating...Page and Gray are the twin sensations of the show.”
Read more

“A seamless theatrical experience, this beguiling, virtually sung-through musical is notable for the expressive beauty of its score, the dark imagination of its stage pictures and the clarity of its storytelling. Performed by a first-rate cast and played with spirited feeling by seven onstage musicians, it arrives on Broadway with a furnace-like blast of creativity...Though it ends on a note of desolate loss, this spellbinding musical sends you out on a high."
Read more

“As far as tales as old as time go, the stories of Greek mythology are pretty high up there...But there’s little that feels old or stately about the way those stories are told in ‘Hadestown’...With a journey to the underworld that feels like it sprung forth as something entirely new...And while the second act slows down at points, as the story builds toward that fated journey back to the surface, ‘Hadestown' is a trip to Hell that’s dark and tragic but spellbinding all the same.”
Read more

"With its earthly delights more or less intact, this perfectly heavenly musical should stick around for a while....Although the production has lost some of the electricity that goes with playing in the round, Chavkin...has done a super job of adapting this pretty thing for a proscenium stage...The world on top looks a bit like New Orleans...But the real action happens in hell, depicted here by the entire company in a rousing number, 'Way Down Hadestown,' that could make the dead dance.”
Read more

“Hadestown” isn’t perfect, but it’s so fresh that you’ll gladly look past its forgivable flaws and savor the kaleidoscopic stylistic variety of Ms. Mitchell’s score...Mitchell’s down-home score is the incontestable star of the show...Mitchell’s songs are beautiful but undramatic...Chavkin’s endlessly varied direction and Neumann’s dances help to keep things on the move...Would that ‘Hadestown’ were a bit shorter, too, but there’s no point in fussing over a show as rich as this one.”
Read more

“The cast is rich with charismatic worthies...Less fruitful is Carney’s Orpheus...But that’s a minor quibble compared to the structural hurdles Chavkin & Co face: the theatrical flimsiness of the source, and the limitations of pop songs in a theatrical context...The sameness of the sonic landscape grows monotonous. The plot is just circling; we’re no closer to the characters...Many talented people worked on it, and there are a dozen lovely songs, but I wish they were in a better package.”
Read more