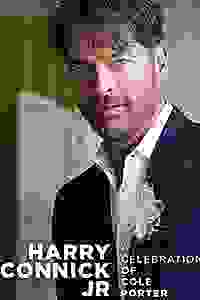 Legendary crooner Harry Connick, Jr. heads to Broadway for an evening of songs from one of America’s most respected songwriters. More…

Featuring a vibrant, 25-piece orchestra and a modern, multi-media presentation, this entirely new production brings back to Broadway both the magic of Cole Porter's compositions and one of the world’s most celebrated live performers. Connick will delight audiences with a signature style that has been called by The New York Times “blatantly seductive” while celebrating Porter’s peerless contribution to the Great American Songbook.

Don't see it if You don’t like Porter classics, New Orleans Jazz or Connick.

See it if You love Cole Porter and/or good cabaret and are open to learning more about the music and will like a swinging interpretation.

Don't see it if You will be annoyed or bored by a swinging version of all the songs or are desirous of a straightforward cabaret act.

See it if If you are fans of singers who take off their shirts on stage.

Don't see it if Insipid and strange dialogue. Self praising . Dull arangements.

See it if You enjoy jazz or this singer

Don't see it if Don’t like jazz or funny jokes

Also Very entertaining show and as a lover of jazz, that made it even better. It’s funny he compared himself with Hugh Jackman in the show because I thought this show is the best I’ve seen on Broadway since Hugh Jackman on Broadway!... Read more Read less

See it if You like Cole Porter and know what the American Songbook is. You appreciate great lyrics and music. You like Harry. You like a great band.

Don't see it if You don’t like a one man show, don’t like a fabulous band and don’t want to enjoy classical American music that will be eternal.

See it if Harry is just everything every human should be. He makes the world a better place with his talent and heart.

Don't see it if it'll make the negative nellies feel better at life. LOVE HARRY FOREVER! One of the most kindest and charming.

See it if You like Harry Connick and American classics, and Cole Porter, in particular.

Don't see it if If you don’t like American classics or concerts, or can’t sit for about 90 mins without getting up.

Don't see it if You must see

See it if You love Harry as much as I do. His talent never ceases to amaze me. He has a god heart that shines through his performance.

Don't see it if You don't like classic music with clear lyrics. Or if you don't appreciate a 24 piece orchestra. Or learning about Cole Porter.

See it if you love Harry Connick Jr. and Cole Porter and don't mind an unconventional presentation

Don't see it if you want a song, song, song concert presentation.

See it if you like Harry Connick Jr and Cole Porter music - a great pair in a wonderful presentation of singing, dancing and playing the piano

Don't see it if you don't like Cole Porter music

See it if You like jazz music and have any interest in musical history.

Don't see it if You don’t like jazz or if you find corny humor annoying.

See it if If you like Harry Connick and if you like Cole Porter this is a show to consider.

Don't see it if Two of us went to see it together. One loves Harry Connick and Cole Porter. The other was not crazy about either, but liked both sometimes

Also So one person had a great time and the other could've skippped this.

See it if You like the American Songbook, enjoy beautiful, romantic music and songs. Great staging, singing, a vey well thought out tribute to Porter.

Don't see it if I cannot think of any reason.

See it if Harry Connick still has a great voice and is a wonderful showman. His adoration for all of Cole Porters works really shines in this show.

Don't see it if If you’re not a fan of Cole Porter it’s not for you.

See it if Multimedia, pseudo-variety show structured homage to (mostly) Cole Porter through the jazz lens of the multi-tooled HCJ

See it if You like Harry Connick Jr., you like Cole Porter or the great American song book. You enjoy concerts with great singing.

Don't see it if You are only want to see a broadway musical. This is an enhanced concert. You don’t enjoy standards or jazz.

Also I enjoyed the show. There are some real highlight moments. I did enjoy the orchestra, but I enjoyed the quieter moments even more where you could really hear Harry. The songs are great but it is Harry that has the magic!... Read more Read less

See it if You are Harry and Cole Porter fan. It's a great experience.

Don't see it if You're not a big band fan.

See it if You're interested in hearing some fantastic songs performed by a talented singer backed by a top notch orchestra.

Don't see it if You're looking for a story or drama.

Also Before the show, the audience is sworn to secrecy regarding the details of the production. But it's safe to say that this is more than a straight concert but not much more. There are some decent efforts with video, staging, props and some banter to make the experience more than just listening to a great singer perform some great songs. Some of them work. Others are less successful. You get the sense that HCjr is earnest and committed to the music. And you appreciate the risks he takes when presenting the music in different ways. It's just that he's fantastic when behind a piano and a little less so when lecturing or performing in a video or chatting with the band. After the tenth time he says "this is one of my favorite Cole Porter songs" you don't doubt his earnestness, but you have to wonder if the show could have some better writing.... Read more Read less 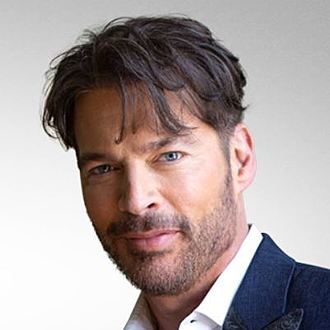 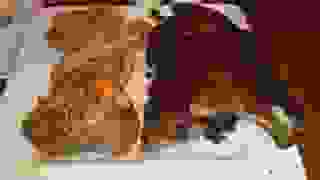 1 min walk. Massive all-American chain known for its burgers and salad bar. A tourist-trap, but it offers massive portions and a family-friendly environment. 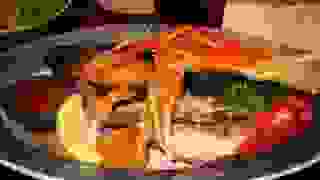 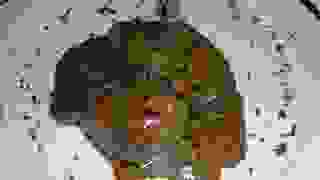 1 min walk. A great place for a perfectly-cooked steak of exceptional quality, when price is not an issue. Part of a chain founded by the former head waiter of Peter Luger. 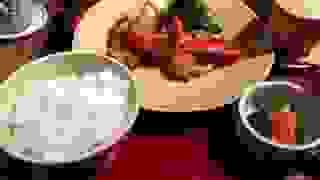 3 min walk. OOTOYA offers delicious Japanese comfort food including yakitori and soba noodles in addition to the more common sushi options. Much beloved for its fresh tofu and reasonable prices.