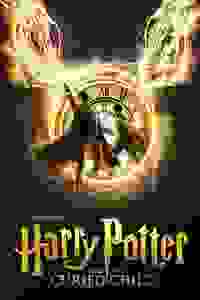 Harry Potter is all grown up in this Tony-winner that brings the magic of the books alive on stage.

Harry Potter, now a husband and a father, works for the Ministry of Magic. His youngest son Albus is starting school at Hogwarts and struggling with the legacy of the family name. But when Harry's past comes back to haunt him, and his youngest son Albus disappears, events are set in motion that will change the world as they know it. Harry, Ginny, Hermione and Ron are back to face the dark magic and, with the next generation of wizards, they must defeat it.


The play by Jack Thorne won six Tony Awards and nine Olivier Awards, including for Best Play. There is a lot of stage magic and special effects.

When it opened on Broadway in 2018, it played in two parts. It reopened as a one part play in 2021, after the Broadway pandemic shutdown.

See it if you like a good kid-based story with enough plot for adults and loaded with theatrics of fire, wind, water and smoke. Great sound and lights

Don't see it if you prefer good drama or a musical. This is quite action packed and almost 3 hours 30 minutes long.

See it if you are a Harry Potter fan. This is a sequel to all the previous books. Very complicated plot. Great staging and good acting.

Don't see it if you like a simple plot or hate Harry Potter. I never saw any of the movies or read the books but I really enjoyed this show. Read more

See it if you enjoy seeing the limits of stagecraft being pushed. The technical achievements of this show are amazing--like a high-profile magic show.

Don't see it if you can't sit still for 3.5 hours. I saw the truncated, one-show version and it was still very long with only one intermission. Read more

Don't see it if unwilling to try something you don't think you might enjoy. I hadn't read any of the books or seen the movies, but the reviews & word of... Read more

See it if Even if you saw the 2 parts. I found this easier to follow and easier to stay interested. My friend fell asleep. Im not a Harry Potter

Don't see it if The first time I saw it the tricks became "old". I preferred the original cast. Interesting they kept the same "blind casting". Read more

65
Underwhelming storytelling-- yawn, Lobbies and hallways are transformed and disneyfied, Theatre filled with chatting kids and candy wrappers, For potterheads only, Magic and stagecraft is cool

See it if You are Crazy for Harry Potter. Want an amusement park-like experience.

Don't see it if Want a legitimate storytelling experience in a theatre. Are bothered by constant chatter (mainly very enthusiastic kids) and candy wrappers.

See it if You're a Potter fan—or not; the story holds up on its own. Amazing seamless stagecraft & production values that need seeing, not description

Don't see it if You have young children; leave them home. An adult show with much plot and much dialogue that moves quickly, even at almost 3 hours. Read more

See it if Great set, costumes, cast. You're looking for something completely different really spectacular at times. I know nothing about Harry Potter

Don't see it if And at times it was difficult to follow even with my friend giving me the basics. I attended opening night and this was the condensed Read more

"It remains diamond-sharp in its staging and dazzling in its visual imagination, as magical as any spell or potion...Yet there are excisions, most of them so surgical you would never notice, though I did slightly miss the beloved Hogwarts groundskeeper Hagrid...This new version remains ravishingly entertaining, but is also, like the movie adaptations, a more obvious attempt to cash in on Pottermania."
Read more

"5/5 stars...Despite its shrinking, 'Harry Potter and the Cursed Child' has kept most of its charm. The spectacular set pieces of John Tiffany’s production remain...The plotting sometimes feels more rushed than before. But the changes have the salutary effect of focusing the story on its most interesting new creations: the resentful Albus Potter (James Romney) and the unpopular Scorpius Malfoy (Brady Dalton Richards), whose bond has been reconceived in a significant way."
Read more

"Some of the actors stumble over their lines as they race through the first half-hour. The sailing is much smoother after that, as the performers are allowed to settle into their characters and inhabit the magical world Tiffany has created with his team of designers...The leaner, meaner version onstage at the Lyric is actually a better play that has lost nothing in terms of production value."
Read more

"Every bit as rewarding as the original version. My lack of surprise derives from the theatrical expertise, on every level, evinced by the creators of the two-part version...Potterheads may notice where subplots have been trimmed or eliminated, but the many-tentacled narrative remains virtually the same...And the production retains virtually all of the original’s bedazzlements, from wand battles to levitating Dementors, to quicksilver character transformations."
Read more

"Five hours of performance pass in a wizardly wink of an eye...Everything that happens onstage seems as improbably fluid as, well, time itself. It helps that what happens includes some of the most eye-boggling illusions you’ll ever witness...The new gold standard for fantasy franchise entertainment on Broadway...This slyly manipulative production knows exactly how, and how hard, to push the tenderest spots of most people’s emotional makeups."
Read more

"A triumph of theatrical magic...Combines grand storytelling with stagecraft on a scale heretofore unimagined...It is often suspenseful and sometimes downright frightening. Yet amid the cinematic tumult and dazzle of the densely action-packed plot, Thorne and Tiffany carve out quiet scenes of intimacy and tenderness. Great care has gone into creating each moment of this state-of-the-art adventure. It leaves its audience awestruck, spellbound, and deeply satisfied."
Read more

"Jam-packed with breakneck plot twists, charming performances, mind-bending spectacle, and, perhaps more surprisingly, moments of theatrical whimsy that feel, amidst the high-tech sorcery, delightfully simple...It effectively weaves serious themes with bouncy adventure narrative, it’s heartfelt and sometimes a touch hokey...You’re pretty much willing to forgive its shortcomings as it sweeps you along in a rush of rip-roaring, good-natured imagination."
Read more

"Anyone still ready to dismiss 'The Cursed Child' as a cynical brand extension...clearly hasn't experienced the thrilling theatricality, the pulse-pounding storytelling vitality, and the unexpected emotional richness of this unmissable two-part production...It's not hyperbole to call the show sheer magic...Witnessing elevated stagecraft applied to a time-traveling fantasy story of this nature conjures a sense of wonder and excitement that evokes vintage Saturday-matinee serials."
Read more