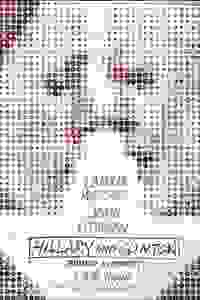 Behind closed doors in the state of New Hampshire during the early days of 2008, a former First Lady named Hillary is in a desperate bid to save her troubled campaign for President of the United States against Barack. Her husband, Bill, sees things one way; her campaign manager, Mark, sees things another. If any of this sounds familiar, don’t be fooled; in a universe of infinite possibilities, anything that can happen, will. Directed by Tony Award winner Joe Mantello.

See it if you want a sophisticated--but slight--evening. Poor H battles misogyny on all fronts (political/personal). She's feisty and smart, but loses

Don't see it if you want drama/comedy...there's little of either. Some interesting ideas and fine acting. Sometimes dull/repetitive. Belongs in small space. Read more

See it if Two really good stage actors make this somewhat bearable. If you want a political show that deals with the Clintons.

Don't see it if You want a story thats not tired or uninteresting. The show tries to be everything, but it has no dept too it.

See it if you want a light and fun take on the characters you know, possibly in another universe. The acting is top notch and the writing interesting.

Don't see it if you expect to be wowed; it could be so much more. There are great moments here, overall a bit flat and the staging is more off-Broadway.

See it if Sharp script + great acting = fun & enjoyable. Their personal relationship somehow survives their faults. Maybe that is the message.

Don't see it if You detest either Hillary or Bill, or are just tired of them. You are expecting more politics. You want a more serious biography. Read more

See it if you believe the personal is political or that the political is personal. Either way this play is right there.

Don't see it if you hope to see a realistic representation of what the play suggests are the two other people in the other universe with these names.

See it if you want to see the always engaging, reliable Metcalf in a dubious, unreliable account of the Clintons on the 2008 campaign trail.

Don't see it if u want to see something more than a mere acting exercise (albeit for 2 of our most talented stage actors); u expect a play with substance. Read more

Don't see it if you love the Clintons and are not open to any view of them that is unfavorable. Read more

See it if you love the writer or one of the leads & need to see anything they do.

Don't see it if you’re Clinton Fatigued: the clever set-up posits possible Clinton alternatives, but the Clintons we get are the tired Clintons we've known. Read more

"It is our very good fortune that Hillary is portrayed by Laurie Metcalf, an actress who does being thwarted better than anyone...Mr. Hnath’s play doesn’t presume to be an authoritative view of the woman behind the mask, or even of the mask itself. Instead — and this is what makes this play something more than a receptacle for recycled observations about its famous subjects — 'Hillary and Clinton' strips its protagonist down to her most ordinary self."
Read more

"Directed firmly and dryly by Joe Mantello, 'Hillary and Clinton' is cogent, snappy and perceptive about political and emotional realities. Much of the ground it covers might seem old to those who follow the news, but the play has now, as it could not have had in 2016, a looming sense of tragedy. Its final line, a shiv to the gut, sends you out hurting into the universe, outside the theater, where we somehow find ourselves now."
Read more

"A not particularly meaty exploration of the emotional life and logic behind a couple of particularly public figures...As the big names of the play’s title, Metcalf and John Lithgow are the very watchable wind beneath its wings — but those wings are pretty rickety...'Hillary and Clinton' isn’t really much of a comedy. It’s not much of a drama either. It’s four good actors giving bodies to a series of ideas that are, even if valid, pretty well chewed-over."
Read more

"There's no shortage of scintillating elements in 'Hillary and Clinton'...Despite all those considerable pluses, however, Hnath's play is so slight that once its densely packed, yet nonetheless skeletal, 80 minutes are over you barely give it another thought...Sure, it's entertaining; Hnath is too smart a writer, and Metcalf and Lithgow too gifted as actors, not to keep us engaged. But not only does 'Hillary and Clinton' lack illuminating fresh perspective, it lacks drama."
Read more

"Laurie Metcalf, in yet another must-see performance...Lithgow and Metcalf, both Emmy-winning veterans of network sitcoms, know every comedic beat to hit. But it is Metcalf, who seems to have become the exceptional director Joe Mantello’s muse of late who elevates this production with devastating take-downs of her husband."
Read more

"If anyone could play Hillary Clinton, it’s Laurie Metcalf – and here she is giving a performance that feels painfully honest and true...The only thing wrong in this fictionalized visit to the 2008 primary is that playwright Hnath has brought nothing of substance to the table...Besides pulling off terrific political pep talks, Hnath also gets the intimate cadences of a close couple’s domestic rhythms, and lets Metcalf and Lithgow have their fun. But what about us? Where’s our fun?"
Read more

"No matter how you feel about the Clintons you’ll likely find it a once-over-lightly disappointment...As promising as this sounds on paper, it doesn’t work in the theater, in part because John Lithgow is playing Bill Clinton...Ms. Metcalf’s performance, by contrast, is nothing like an imitation, but it’s still believable in its own chilly, hard-surfaced way. What is at no time believable is the dialogue."
Read more

“Metcalf is nothing less than mesmerizing...Lithgow’s Clinton is equally inscrutable, but the play...belongs to her, and she devours it like a room service sirloin...The story plays hopscotch with salient facts, but a (sometimes dubious) portrait of the Clintons does emerge without condescension and it’s worthy of perusal...The play is falsely advertised as a comedy, but except for a few jokes, it is rarely humorous...But I recommend ‘Hillary and Clinton’ anyway.”
Read more