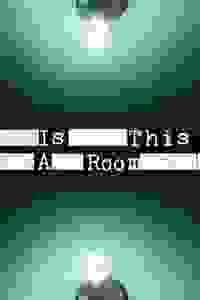 View in admin
Is This A Room (Broadway)
NYC: Midtown W
80
Score it Scored!

Is This A Room (Broadway) NYC Reviews and Tickets

Winner is the 25-year-old former Air Force linguist who was surprised at her home by the FBI on June 3, 2017. In this theatrical thriller, Reality’s life is upended before our eyes, and we’re left questioning American values and the very nature of the truth. Emily Davis will make her Broadway debut, reprising her award-winning role of Reality Winner.

See it if Good story with good direction and adaptation. Interesting. Perfect length.

Don't see it if Can be slow at times, but enjoyable.

See it if You like short plays based on true stories. Very well acted. I wish I had read before I saw it what the case was about.

Don't see it if While I enjoyed it, I feel like this is a better fit for an off-broadway intimate theater. It's a small show and runs about 60min.

See it if You follow politics and think you know (or want to know) the details of the Reality Winner spy story. This is quirky but it works well.

Don't see it if You don’t know or don’t care about politics. This is really a story about so much more but I think if you hate politics you won’t like this. Read more

See it if Davis gives a very good performance in this fbi story.

Don't see it if If you don't like a drama that can move you or if your too politically emotional.

See it if if you enjoy a play without any frills. Very plain set and no dramatic action takes place but the interrogation is very absorbing.

Don't see it if you like a great set or dramatic or emotional action. There are no big moments only little ones that you just sense about the people. Read more

See it if you enjoy plays about recent past events, stories about espionage, or political thrillers. The performances are excellent!

Don't see it if you need a good laugh. This will have you at the edge of your seat, but it won’t lighten your mood (it’s not supposed to).

See it if you want to be blown away by some very exciting acting, and taken on an emotional rollercoaster.

Don't see it if you want escapist entertainment.

See it if U want to see a true story unfold w/just the right amount of build up & an enormous amount of tension; the acting is superb & fraught.

Don't see it if You want a happy ending or a blockbuster play. This is small, quiet, tense and absorbing. My heart hurt for our main character.

"By the end of the tautly sustained 70 minutes of “Is This a Room” — the extraordinary documentary theater work by Tina Satter ... — you’ll probably feel the need for a drink, or a yoga session, or a full-throated scream. [A] sharp, blindingly polished slice of theater vérité."
Read more

"How does mind-numbing banality become heart-racing excitement?...a 65-minute verbatim transcript has now become the basis for one of the thrillingest thrillers ever to hit Broadway. “Is This a Room,” which opened on Monday at the Lyceum Theater, turns the ums and stutters and bizarre non sequiturs of recorded speech into astonishing — and astonishingly emotional — theater."
Read more

"Is This A Room is a formally unconventional play with downtown energy...In this larger forum, the play acquires a certain added weight: It demands to be taken seriously, and the questions it raises about power, surveillance and sacrifice are worthy of the platform."
Read more

"Satter’s production treats her actors as sculptures and the stage as their gallery... I have adored it everywhere I’ve seen it, but the huge box of the Lyceum does change the dynamics of Satter’s extraordinary staging, making it seem both more gorgeous and more severe."
Read more

"As the title hints, “Is This a Room” is as much about atmosphere as the words it enacts...If any element of the production is worth the uptown price tag, it’s Davis in a kinetic and magnetizing debut."
Read more

"Throughout the course of its taut 70 minutes, the remarkable Is This A Room, opening tonight at Broadway’s Lyceum Theatre, prompts a steady, gut-churning stream of “what ifs"...performed by a flawless cast headed by Emily Davis."
Read more

"Four stars!...For many of the audience members the verbatim reproduction may pass merely as an up-close look at FBI tactics, a kind of unmoored Dragnet episode."
Read more

"Fascination and frustration. Those are the emotions likely to overwhelm you as you leave Is This A Room."
Read more