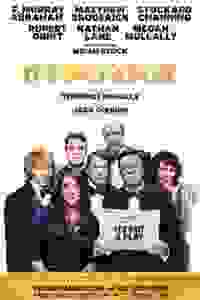 View in admin
It's Only a Play
NYC: Midtown W
79
Score it Scored!

It's Only a Play NYC Reviews and Tickets

It’s opening night of Peter Austin’s (Matthew Broderick) new play as he anxiously awaits to see if his show is a hit. With his career on the line, he shares his big First Night with his best friend, a television star (Nathan Lane), his novice producer, his doped-up diva (Stockard Channing), his genius director, a lethal drama critic (F. Murray Abraham), and a fresh-off-the-bus coat check attendant on his first night in Manhattan.

See it if fantastic writing and acting. Great direction.

Don't see it if you can't stand how Matthew Broderick derails the pace of the entire show.

See it if You love fast paced witty comedies with lots of entertainment industry references.

See it if If you did not see it on Bway with Nathan Lane, F Murray and Stockard Channing this show may do.

Don't see it if If you saw on Broadway this will be disappointing. Does not even come close is slow and uninspiring.

See it if silly theatrical gossip, wit & slapstick meet your requirements for entertainment. This is the party I've always wanted to be invited to.

Don't see it if you prefer serious drama driven by logic, realistic characters and significant themes. None of these here.

See it if You enjoy famous-cast comedies, even if the laughs aren't well-earned.

Don't see it if You can't stand fluffy comedies.

Don't see it if you don't like plays about plays.

See it if you want a pleasant entertaining night out at the theater. A simple, silly farce with many famous actors.

See it if you love a good laugh about opening night on broadway!

Don't see it if you hate comedies.