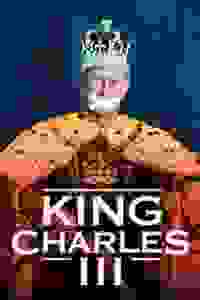 A 2015 Olivier Award winner, 'King Charles III' is a drama of political intrigue: the Queen is dead, and after a lifetime of waiting, Prince Charles ascends the throne.

A future of power lies before King Charles III…but how to rule? The controversial play explores the people underneath the crowns, the unwritten rules of our democracy and the conscience of Britain's most famous family. Winner of the 2015 Olivier Award for Best Play.

See it if you are interested in power politics. For me, KC was more to be admired than loved. Some strong acting and surprises, but also tedium.

Don't see it if you're expecting Shakesp (KC lacks his genius). The grandiose parts were boring. Maybe my expectations were too high, but I didn't have fun. Read more

See it if you love the royals!

Don't see it if you don't appreciate Shakespeare.

Don't see it if you don't appreciate an expository first act that builds slowly, a little too obvious foreshadowing or formulaic music; still wonderful

See it if You like Shakespearean plays for how epic they are in scope, even if the language can bore you now and then.

Don't see it if You are interested in lighter, less thought-provoking fare.

See it if you enjoy a complex, rich theatrical experience with fantastic performances and original writing--also, if you love Shakespeare.

Don't see it if you're not a fan of Shakespearean themes or are tired of stories about the British monarchy.

See it if You love (faux) Shakespeare and plots about British royalty.

Don't see it if You don't like complicated Shakespearean language in a modern plot. I found it quite boring but many enjoy it.

See it if you’re looking for contemporary royal politics presented in Shakespearean verse ... and working brilliantly!

Don't see it if you hate the fascination with the royal family.

"Mike Bartlett's flat-out brilliant portrait of a monarchy in crisis blazed open Sunday. Any echoes you may infer regarding a certain Danish prince are entirely appropriate to this dazzlingly presumptuous drama...Directed with fiery wit and rushing momentum by Rupert Goold...What could have been only a cleverly executed stunt is instead an intellectually and emotionally gripping study of the strangely enduring anachronism that is the British monarchy."
Read more

"It’s political soap opera with soaring rhetoric. Still, Bartlett sets the bar so high, there’s room to quibble that some characters are underwritten...Bartlett’s otherwise bravura text also might have stalled if Rupert Goold’s staging weren’t so passionately acted and gorgeously designed...Galvanizing and astonishing, 'King Charles III' doesn’t just send you back to Shakespeare’s histories; it makes you want to write one."
Read more

"Mike Bartlett’s 'King Charles III' is breathtakingly audacious and a lot of nasty fun…Tim Pigott-Smith looks relatively little like Charles; he is nevertheless masterfully convincing in the role…In the end, 'King Charles III' justifies its chutzpah even as it flies off the rails in the chaotic plotting of Act Two. You are engaged by its intrigue and moved, almost against your will, by its characters, then somewhat trampled by the onrush of events required to produce its powerful final tableau."
Read more

"Watching 'King Charles III' is like looking at the topographical landscape of a familiar world, one which we faintly recognize despite not having yet seen. It is as fresh, as thrilling, and as awesome as an undiscovered country."
Read more

"This is no playful pastiche. From the moment the play opens it’s clear that grave issues are involved…The suspense is killing. The play is dead serious. The direction is pitiless. And the supporting cast is superb. But Pigott-Smith is phenomenal, not only capturing the guarded manner and haunted look of the Prince of Wales, but portraying a sense of human goodness and character nobility that can either elevate a monarch or damn him to oblivion."
Read more

"Not only does Bartlett (and his skillful director Rupert Goold) imagine a tale of serious shenanigans within Buckingham Palace; he does so with an ear finely tuned to a theme of the moment…Pigott-Smith’s face betrays every flicker of emotion, from elation to determination and shocking defeat..The actor will stay in your mind long after his crumpled, prone body has been consumed by the mob not outside, but within his rarefied circle."
Read more

"Bartlett's quite brilliant play offers an entrancing if apocalyptically chaotic vision of the royal follies yet to come, once Elizabeth is gone…On this side of the Atlantic, the play, directed by Rupert Goold, gains certain interesting echoes.”
Read more