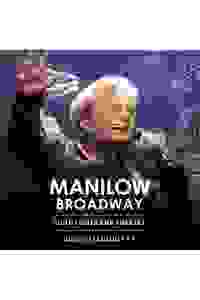 The legendary Barry Manilow returns to Broadway with this evening of nonstop Top 40 Hits and surprises from his extensive catalog of music ranging from pop, to Broadway, jazz, and adult contemporary.

See it if He delivers a knockout show of hits. At 76, he still shines. Lots of campy fun.

Don't see it if You don’t like Barry Manilow.

See it if One of NYC's most assured and accomplished AC maestros pops in on B'way for a quickie residency. Strong stage command and audience bridge.

Don't see it if Those too cool for school and an aversion to Sugar Pops better to find a Sondheim cabaret act somewhere else. Read more

★★★ "Barry brings the hits, and plenty of nostalgia."
Read more

★★★★ "'He Writes the Songs That Makes the Audience Sing Right Along with Him.' The ever-exuberant entertainer delivers a dandy Broadway concert."
Read more