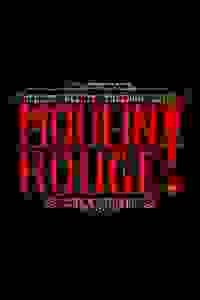 This lavish production set in Paris at the turn of the century follows Satine, the most desired dancer at the Moulin Rouge, Harold Ziedler, the host, who wants to to save it from financial ruin, and Christian, a penniless writer, who falls in love with Satine.

With a mix of modern pop hits, such as Katy Perry's 'Firework' and Gaga's 'Bad Romance,' and songs from the original movie, this jukebox musical currently stars Derek Klena ('Anastasia') and Ashley Loren ('Jekyll & Hyde').

'Moulin Rouge! The Musical' won 10 Tony Awards in 2021, including Best Musical and Best Choreography (by Sonya Tayeh of 'So You Think You Can Dance').

See it if A show that is campy in first act and very serious in second act. A glitzy production.

Don't see it if Choreography that resembles MTV s . If you want a show with less bravado. It never gains the movie vibe with camyness of the first act.

See it if You like high energy, high spectacle non-stop action. There is almost no time to catch your breath from one over the top number to the next.

Don't see it if Your a movie purist. They have changed things up a bit. There are some different songs, newer and fresher and they’ve tweaked the story. Read more

See it if you like big shows-costumes, sound, lights, choreography and a completely staged theater bring you back to the 1899 club with a good story.

Don't see it if you would not enjoy an updated version of prior productions where contemporary music replaces much of the score.

See it if A fun entertaining spectacle. Stunning sets and costumes. Karen Olivo was incredible. A tad hammy with some of the pop medley mashups.

Don't see it if You don’t like shows based on movies or with pop song scores.

See it if high energy fun entertainment is your idea of a good time. Gorgeous cast in marvelous costumes singing & dancing delightfully over the top

Don't see it if loud & predicable disturbs you. Voices are super amplified. The plot is an excuse for the dancing & singing. There is no original music.

80
If u want "mcdonald's" of musicals, one that supersizes & amps up everything about "love," you've found your match

Don't see it if little nuance or wit; no original music/all juke box love tunes; 2nd act is cliche-ridden & melodramatic; the opposite of Sondheim

See it if you like a WOW show for pure entertainment. Fantastic staging, sets and lighting. Wonderful singing and costumes. Great dance numbers.

Don't see it if you prefer shows with political or social messages. Moulin Rouge has a sad love story and great character acting but is entertainment first. Read more

Don't see it if you aren't interested in a manipulative, feel-good tragedy, sanitized for the masses & pandering to tourists; u value substance over style. Read more

CRITIC’S PICK "‘Moulin Rouge! The Musical’ Offers a Party, and a Playlist, for the Ages. Forbidden pleasures abound in this spectacular musical, starring a dazzling Karen Olivo as a doomed Parisian chanteuse."
Read more

★★★★ "Red alert! Red alert! If you're the kind of person who frets that jukebox musicals are taking over Broadway, prepare to tilt at the windmill that is the gorgeous, gaudy, spectacularly overstuffed 'Moulin Rouge! The Musical.' Directed with opulent showmanship by Alex Timbers, this adaptation of Baz Luhrmann's 2001 movie may be costume jewelry, but its shine is dazzling."
Read more

"A Millennial Reboot of Chekhov, and 'Moulin Rouge!' on Broadway. Halley Feiffer translates 'Three Sisters' into Internet-speak, and Baz Luhrmann’s glitzy movie comes into its own onstage."
Read more

"The luscious 2001 movie hit makes it successfully to the stage — elephant and all — in this gorgeously flashy version."
Read more

"‘Moulin Rouge! The Musical!’ Review: Pop Opera Excess. A stage adaptation of Baz Luhrmann’s 2001 camp extravaganza is as opulent as it is empty."
Read more