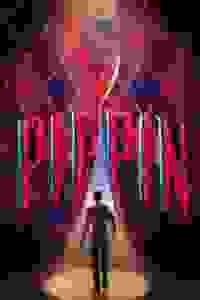 This 2013 revival, inspired by circus and directed by Diane Paulus, received ten Tony Award nominations, winning several, including Best Revival of a Musical.

This new, circus-inspired production of 'Pippin' features an acrobatic troupe of performers, led by the charismatic Leading Player. The ensemble cast tells the story of Pippin, a young prince who longs to find passion and adventure in his life.

Don't see it if you don't like poetic somewhat surreal retelling of a story. Not linear.

Don't see it if You don't enjoy musicals or abstract staging.

See it if you like the show itself. Revival should have used Fosse's staging. Acrobatics didn't enhance, but it was good to have Pippin on Bway.

Don't see it if Worth seeing for the songs and insightful book (how to give life meaning). I missed the Fosse choreography, tho. Talented cast. Read more

See it if first act was phenomenal. Fast paced, good acting, humorous to go with a good story.

Don't see it if second act falls flat on it s face, too campy, looking to hard for laughs.

See it if You're interested in seeing a cute musical with highly athletic, acrobatic staging.

Don't see it if You've seen the show before and generally dislike it.

See it if you're looking to be mildly entertained with lots of color and movement on stage, or are into fairy tales.

Don't see it if you like a solid ending.

See it if This Is one of the best things I've seen on Broadway. The acting, the music, the circus performers, the costumes, etc. Memorable!

Don't see it if If you don't like a big Broadway spectacle.

See it if A wonderful new take on a classic. Loved the circus elements.

Don't see it if At bottom, the play is weak. The spectacle, not the book, made it great.