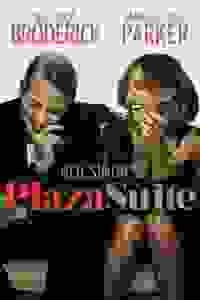 Two world-class actors (and real-life marrieds)--Sarah Jessica Parker ('Sex and the City') and Matthew Broderick ('The Producers')--play three hilarious couples in this piercing look at love and marriage from the Pulitzer-winning Neil Simon.

This new production will mark the first revival of a Neil Simon play following his passing at the age 91. He is remembered as one of the most celebrated, successful, and beloved writers in Broadway history having written more than 30 plays and musicals.

Don't see it if Broderick is just the same caricature of an actor as always. SJP outshines all his blah-ness.

See it if You want an entertaining night out. SJP is excellent - her comedic timing & range was super impressive.

Don't see it if You dislike the format. There are 3 acts with separate stories. I found each story to be entertaining. Read more

See it if Great costumes and set. Parker is a standout.

Don't see it if Some may feel that it's dated.

See it if you enjoy classic comedy or need to get away from the world for awhile. The world stinks; have a laugh.

Don't see it if your funny bone is broken.

See it if you like seeing TV actors on stage.

Don't see it if you saw the original production which was a million times better. This one dates very badly. Read more

See it if you like Neil Simon at the height of his career.Writing is great.Parker & Broderick are funny but break character a lot.That annoys me.

Don't see it if you want a serious drama.Simon always has something to say,but it's rarely profound.Very funny play.Parker should have worn a body suit in#1

See it if you relish the chance to see Sarah Jessica Parker and Matthew Broderick excel at wit, humor, charm, absurdity, and sleaze (as needed).

See it if You want to laugh and have fun. Acting excellent, good sets and costumes. A joy to see a well done production. SJP & Matthew a joy to watch.

Don't see it if You don’t like Neil Simon. If you think you might not enjoy this, as I thought I would not, (saw the movie and the original), you should go!

"Despite the wearying efforts of a likable cast headed by Matthew Broderick and Sarah Jessica Parker, the passage of 54 years is more than enough to reveal the triptych of one-act plays as uninhabitable in 2022...You could, I suppose, investigate 'Plaza Suite' as a catalog of male failings in midcentury America...In any case, that’s not what the current production is offering. Rather, it seems to hope we will look forgivingly enough on our benighted past to excuse it with a 'that’s how things were' shrug and laugh."
Read more

"In all three plays, Hickey and his actors have found many little moments for physical comedy...but these jolts are rarely enough to create a sustained energy. The same is true for the evening as a whole. I know you can’t wander around rewriting Simon, but maybe they could have just … skipped the middle one-act? That one’s a cold cocktail frankfurter, I’ll tell you that...In 'Plaza Suite,' I found that fragile funny-sad balance tipped too far toward melancholy, possibly because Broderick’s left-of-center delivery makes so much room for it."
Read more

"Alas, the stars’ efforts, while certainly appealing, don’t make the material any less obsolete, a throwback to the bougie boulevard comedies that were once a Broadway staple. The observations on marriage and relationships occasionally generate a chuckle, but more often seem stale and the sexual politics retrograde, something that John Benjamin Hickey’s serviceable direction can’t disguise...Parker ultimately walks away with the show; she doesn’t lose the mannerisms that have become essential parts of her screen persona, but she molds them into three distinct characters, finding obvious enjoyment in reconnecting with her stage roots."
Read more

"The real-life married couple bring a serious commitment to the spirit of the work, allowing their own personas to throw some metatextual sparks without overtaking the spirit of Simon. As directed by John Benjamin Hickey, Parker and Broderick provoke, alienate and woo one another, and provide a strong argument for a playwright whose work seems next-to-impossible to subvert...The three pieces vary in tone, but throughout, the two stars share not merely an unmistakable chemistry but a shared willingness to dig into the work on its own terms. They almost entirely resist looking at 'Plaza Suite' through a 2022 lens."
Read more

"Although Mr. Broderick and Ms. Parker labor mightily to reanimate Simon’s 1968 comedy, their staunch but sometimes strained efforts, and the play’s undeniable fustiness—especially with regard to the relationships between men and women at its center—result in a production that tends to sag between the volleys of wisecracks that suffuse early Simon plays."
Read more

"Matthew Broderick is at peak Broderick. Theater people will understand this is not good news. It means that he’s delivering yet another bland, mousy smudge of a performance, squeaking his lines, looking like someone poured pudding in his loafers...Faced with this acting void, a.k.a. her husband, Parker gamely attempts pluck and passion as a series of unfulfilled wives and mothers...For both actors, 'Plaza Suite' ought to be a wonderful workout, a chance to show off versatility while nailing Simon’s well-crafted yuks. Instead, it feels like community theater for rich people."
Read more

"Directed by John Benjamin Hickey with a clear reverence for Simon and the theatrical era in which his 1968 comedy titillated matinee audiences, this new 'Plaza Suite' feels mostly like an exercise in nostalgia – for a couple we’ve watched grow up, for a Broadway that demands little, and for the late playwright whose contributions to popular culture go far beyond this mid-level effort...John Lee Beatty has designed an absolutely gorgeous recreation of that hotel of dreams, and costume designer Jane Greenwood outfits the cast in lovely and, when necessary, witty, period attire."
Read more

"3/4 stars...On the whole, director John Benjamin Hickey’s production could be funnier in spots. The final act doesn’t go as madcap as it might. And while there was a feeling on Broadway that they were miscast — Maureen Stapleton and the more macho Walter Matthau were in previous versions — there’s a tenderness to the married new stars that draws you in...The usual suspects will stick their noses up at 'Plaza Suite' — it’s old, it has no relevance today, blah blah blah — but there is nothing wrong with some good ol’ opulence, one-liners and star power."
Read more