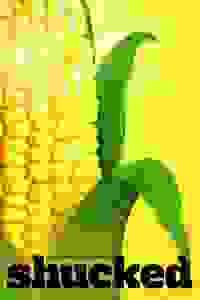 A new musical comedy from some of the biggest names on Broadway—and in Nashville.

Set in the American south, Shucked follows a couple — along with the folks they meet along the way — as they put their wedding on hold to save their small town.