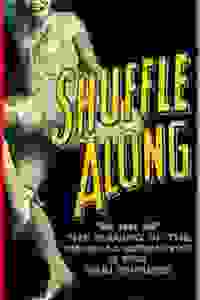 Shuffle Along NYC Reviews and Tickets

Tony Award winners Audra McDonald, Brian Stokes Mitchell, and Billy Porter headline this musical about the making of the 1921 Broadway hit 'Shuffle Along.'

In May 1921, the new musical 'Shuffle Along' became the unlikeliest of hits. It stumbled into town after a back-breaking pre-Broadway tour, deeply in debt, and set to open at a remote theater house on West 63rd. Its failure was almost a foregone conclusion. But with an infectious jazz score and exuberant dancing, 'Shuffle Along' ignited not just Broadway but all of New York City. Uptown and Downtown met and became one. This star-studded production combines the 1921 musical 'Shuffle Along' with the backstory of the people who brought it to life. 'Bring in 'Da Noise, Bring in ‘Da Funk' collaborators George C. Wolfe and Savion Glover reunite to direct and choreograph.

See it if you love tap. Lots of great dance numbers. Strong singing, too. The book is uneven with the story told haltingly. Modest sets. Bad sound.

Don't see it if you require strong plot.Concept's intriguing, but execution's weak and it's too long. Too often frenetic and loud. Still, I'm glad I saw it.

See it if You like great singing, dancing, acting, costumes...it's got it all! In a season dominated by Hamilton this show gives it some competition!

Don't see it if You don't like amazing tap dancing.

See it if You love dancing and talent. Tons of both.

Don't see it if You need a rich story and a fast pace.

See it if the lure of the talented, accomplished cast & energetic tap dancing are enough for you. You're not likely to get much more out of the 3 hrs.

Don't see it if you're expecting an insightful or taut behind-the-scenes tale of how a controversial black revue from the 1920s became a Broadway sensation.

See it if you enjoy super-talented group of singers and tap dancers acting up a jazzy storm; shows how brilliant 1921 "negro" musical made vs all odds

Don't see it if /since show had nowhere to go after first act/1921 show proven success; even w/o Audra, there's top talent/choreography to burn

See it if You love historical musicals and/or Savion Glover choreography.

Don't see it if You're not a fan of jazz, tap, or are looking for a musical comedy.

See it if you like shows about shows, or if you love choreography, acting, singing, costumes, lighting and set design. All are the best you'll see.

Don't see it if you aren't into meta art.

See it if You want to see original & AMAZING tap-dancing. You want to hear great voices. You want history mixed in with your musicals.

Don't see it if You dislike tap dancing. You prefer musicals about more contemporary events. You don't like jazz & blues.

“As staged by Mr. Wolfe and Mr. Glover routines first performed nearly a century ago come across as defiantly fresh...What’s new in this 'Shuffle Along' is the part written by Mr. Wolfe, and it’s what feels stalest...The clunky, shoehorned-in exposition doesn’t overwhelm the sweeping grace of ‘Shuffle Along’ whenever it sings or dances...Ms. McDonald is a one-woman time machine de luxe, who translates the precise stylistic quirks of a bygone era into a melting immediacy."
Read more

“The first half is sensational; the second is difficult...But with a cast this incandescent and Wolfe staging a constant flow of miracles, there’s an overflow of joy and style that smooths over stylistic rough edges and knotty stitching of history to myth...We can luxuriate in a breathtaking piece of showmanship, featuring more talent crowding a stage than pretty much any other Broadway show at present (and yes, that includes 'Hamilton').”
Read more

"Wolfe bombards a core of ideas about race and culture with a billion showbiz protons to produce both a gorgeous spectacle and a big, smoking crater where your former ideas of Broadway once stood...If much of Act Two is a PowerPoint presentation, with astonishing slides but bullet-point arguments, the show as a whole is nevertheless life-changing theater. To the extent Wolfe has redeemed the lost artists of 'Shuffle Along,' he has also redeemed himself, and us."
Read more

“Scene after scene dazzles in one of the most electrifying entertainments on Broadway...While the showmanship is extraordinary, ‘Shuffle Along’ could have benefited from a developmental run to hone the fluidity of its storytelling...The project's strengths far outweigh its flaws. The cast is magnificent...The energy and elasticity of Glover's work is astonishing…Even if the limitations of Wolfe's undertaking are unable to support the scope of his intentions, it's a genuine thrill to watch."
Read more

“A refreshing burst of energy, no caffeine necessary...Glover’s rhythmic tap is the true pulse of ‘Shuffle Along’. The clickety-clacks heard from 30-plus dancers at once ignite every seat in the theater and quickly become the only beat we need, hold the orchestra...A dazzling production that celebrates art, dreams, and equality. And when the man behind me emphatically screamed out, 'Damn!' after the final number, I had to nod my head and agree.”
Read more

"An incoherent book seems a small price to pay for the joy of watching Audra McDonald cut loose...McDonald takes the role and does everything in this show but fly...But what the first act giveth, the second act taketh away...At this point, the show is actively fighting with itself...It’s understandable that Wolfe would fall for this rich material, but he really should have stopped himself from cramming it all into this show."
Read more

“The first half of ‘Shuffle Along’ is the musical you’ve got to see...Savion Glover’s near-nonstop choreography explodes off the stage with the unrelenting impact of a flamethrower. But then comes intermission, and what had looked like a masterpiece goes flat and stays that way...While Mr. Wolfe has failed to weld the parts of ‘Shuffle Along’ into a convincing whole, his directorial touch is otherwise as sure as ever.”
Read more

"An idea is not a focal point, and so 'Shuffle Along' never resolves into a story. Instead, it’s a series of historical scenes that tell, rather than show, and that’s deadly for a musical. It’s unquestionably entertaining to watch the five principal actors here at work, none less than consummate...And yet 'Shuffle Along' struck me as both rough and unfinished...The show is conceptually flawed, and it’s hard to tell whether that ever can be resolved."
Read more