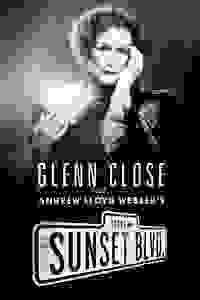 When impoverished screenwriter Joe Gillis stumbles into the reclusive world of faded silent-screen goddess Norma Desmond, she sees the opportunity to make a comeback and rise to her former glory. He is seduced by the actress and her luxurious lifestyle, but the entanglement between the pair has dramatic and tragic consequences. Based on Billy Wilder’s classic Academy Award-nominated film, 'Sunset Boulevard' is a compelling story of romance and obsession. Direct from a sold-out engagement at the English National Opera, this lavish production features a 40-piece orchestra.

Don't see it if The bare stage is a let down for those who saw the original lavish production. A MUST see. Read more

See it if Theater at its best! Close is spellbinding & emotionally powerful!Mesmerizing start to finish. Days later it still resonates strong.

Don't see it if The vocals are not the best on broadway, but Close's acting more than makes up for it! A must see for first timers & fans of the original!

See it if You did not see the original, or if you're a super Glenn Close fan, she ACTS this role superbly! The music is glorious and the cast is good.

Don't see it if You've got beautiful memories of the original...you will be disappointed! This is sparse in ways it shouldn't be. Read more

See it if You want to see Glenn Close absolutely shine! That's why you see this. It's a nice show, well staged, but all about Glenn's performance.

Don't see it if You want a deep show or don't' like Andrew Lloyd Webber fare.

See it if Grandly produced dark psycho-drama. The melodrama builds with the aid of a large orchestra and star power. Good ending.

Don't see it if It's a bit overdone but it works. There are no real surprises - the arc of the story and characters are foreshadowed from the beginning.

See it if you want to experience a traditional Broadway show even if it is about the movies. An escape into lush music, glittering costumes & passion

Don't see it if you dislike big productions or musicals. Also there is no redeeming social value here only a fabulous entertainment.

See it if you want to see Glenn Close exercise all her powers to sink her teeth into a role and nail it as Norma Desmond. All points are for Glenn.

Don't see it if you have no interest in Glenn Close. There are no other reasons to see this stripped-down, poorly cast, mis-directed, 2nd-rate ALW musical.

See it if As a scaled-down "concert" version via Lonny Price, show works much better than original Must-see for Close's "for the ages" Norma Desmond

Don't see it if Even if you're not a fan, one of Webber's better endeavors 40 piece orchestra adds lush sound & book is still solid Xavier's Joe a bit thin

"It is a show that exists almost entirely to let its star blaze to her heart’s content. The light she casts is so dazzling, this seems an entirely sufficient reason to be...What was one of the great stage performances of the 20th century has been reinvented, in terms both larger and more intimate, that may well guarantee its status as one the great stage performances of this century, too...The musical, on the other hand, seems and sounds thin, despite the velveteen lushness of its orchestra."
Read more

"Those who go to see Close reprise her celebrated turn in the musical’s 1994 Broadway production will not be disappointed...Close holds the stage with a feverish intensity that transcends camp...If only she could be in every scene! For the rest of 'Sunset Boulevard,' adapted from Billy Wilder’s timeless 1950 film, is mostly a languorous slog...This is second-rate Lloyd Webber: filler songs that loop and repeat exhaustingly, set to lyrics that often clunk."
Read more

"A train wreck of a revival starring a woeful Close...At every opportunity Hampton and Black take material that kept its balance at the edge of camp and shoves its way over the line...The current revival, in attempting to emphasize the show’s musical strengths, only exposes the nonmusical elements to further criticism...It pains me to say that Close's second outing as Norma is no triumph...Her new interpretation of Norma—a mite more playful and less otherworldly—actually makes things worse."
Read more

"Webber doesn’t write music that one can sing without 'soaring'...I never really warmed to the movie that the musical is based on, just as I haven’t warmed to the musical: its atmosphere is at once messy and banal; its relentless pop façade and the constant drama of its music preclude intimacy and distance us from feeling, while encouraging a kind of aggressive contempt. None of the characters are truly big, let alone human, even as they play big."
Read more

"Close delivers a more subtle, nuanced performance well suited to a production dramatically scaled down from the original...The lush orchestrations do ample justice to the beauty of Lloyd Webber’s score...The book by Christopher Hampton and Don Black is largely faithful to the film, although its lack of nuance sometimes gives the musical an excessively campy feel that thankfully is now lessened...Ultimately, it’s Close’s return that is this revival’s reason for being."
Read more

"Close acknowledges the decades of high camp baked into Desmond’s glittery delusions. But even as she plays them for laughs, she digs for the pathos too. Whether mourning her dead pet chimpanzee, begging her recalcitrant lover not to leave, or drawing out the money notes from Lloyd Weber’s lavish score, she takes care to keep her hands cupped around the tender flame of humanity that still flickers somewhere beneath all the brittle melodrama."
Read more

"Glenn Close makes a triumphant return to the star role of Norma Desmond...Some roles you really have to grow into, and Close claims diva status this time around...Lloyd Webber’s luscious music (burdened by clunky lyrics by Don Black and Christopher Hampton) is performed by a huge on-stage orchestra that lives by its strings...Close delivers a genuine show-stopper in 'As If We Never Said Goodbye'...If you want to see grown men weeping in the aisles, this is your moment."
Read more

"Ms. Close’s performance, by turns adamantine and childishly needy, is as memorable in its own way as was that of Gloria Swanson in the movie. No, the fundamental problem with turning 'Sunset Boulevard' into a musical is that it is perfect...The truth is that 'Sunset Boulevard' doesn’t need songs, or anything else that it doesn’t already have in abundance. Saving Ms. Close’s presence, to change anything at all is necessarily to diminish the film’s overwhelming effect."
Read more