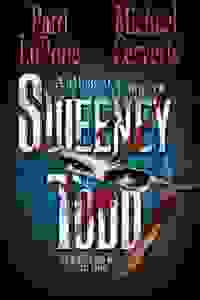 This version of the classic Stephen Sondhein musical, starred Patti Lupone and Michael Cerveris, in a Broadway production that was originally staged in London in 2004.

Sweeney Todd, whose real name is Benjamin Barker, uses his new alias to resume work in his barber shop above Mrs. Lovett’s struggling pie shop after being wrongfully sentenced to life imprisonment by the corrupt Judge Turpin. After swearing vengeance against the judge that tore his family apart, Todd and Lovett plot a unique plan that helps them both and leads them down a dangerous, thrilling path with deadly consequences.

See it if Great story, great talent. Amazing music. Patti at her best.

Don't see it if minimalist staging didn't work well in this production.Confusing. The playing of instruments added distraction without increasing creativity

See it if If you like the legend Patti Lu Pone on stage. She is magnificent. Casting, staging, direction all excellent. Songs and acting very entertai

Don't see it if if you are not into the story or if a baroque musical is not for you.