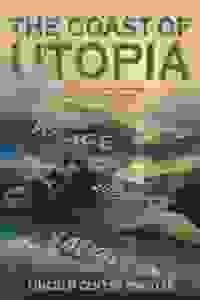 View in admin
The Coast of Utopia: Part 1 - Voyage
NYC: Upper W Side
90
Score it Scored!

The Coast of Utopia: Part 1 - Voyage NYC Reviews and Tickets

The first part of the trilogy, VOYAGE, is Stoppard's nod to Chekhov set at the grand Russian countryside estate of the Bakunin family. Four eligible sisters are under the sway of their charismatic brother, Michael, who interferes in their lives, while fervently seeking a greater purpose in his own. As his political and philosophical journey unfolds, Bakunin's compatriots will include Vissarion Belinsky, George Herwegh, Karl Marx, Nicholas Ogarev, Nicholas Stankevich, Ivan Turgenev and, of particular note, the visionary leader Alexander Herzen.

See it if You can stand sitting through 9 hours of good drama.

Don't see it if You can't commit to the length.

See it if You love Stoppard and are a massive history nerd like me. The staging was enormous. Still stays with me. Beautiful epic.

Don't see it if You don't care at all/know at least a little about Communism and where it came from. Avoid seeing out of order too.

See it if You love history, especially Russian history and you enjoy Chekov.

Don't see it if you're not prepared to really think