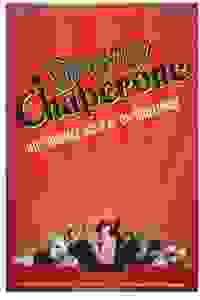 This musical, a parody of 1920's musicals, begins with a middle-aged musical theater fan, who sits down to listen to his favorite musical, 'The Drowsy Chaperone'. As he listens, he sees the musical come to life in front of him. While the audience watches this musical, they also get to hear commentary from 'The Man in the Chair' about the show and its characters.

See it if fun classic show for the whole family. Great cast and performances. So funny. Greatly directed.

See it if What a totally fun and hilarious show.

Don't see it if are not a fan of quirky..

See it if You want to see a highly original, cleverly funny musical comedy.

Don't see it if You're looking for darker or more dramatic fare. This show can be kind of fluffy.

Don't see it if You might find it a bit gimmicky and old-fashioned.

See it if You're a fan of the cast, Sutton especially. Music is fun, dancing is great. "Man in Chair" is a great role.

Don't see it if You're looking for something with more depth. It wasn't perfect. "Curtains," which was out around the same time, was much better.

See it if you're a big fan of musical theater-- this show a true love letter. It's original & very witty too.

Don't see it if you're not into light, cute shows. This can be a bit saccharine at times but in the best way possible.

See it if you want to thank me. This was one of the most thoroughly engaging shows in memory.

Don't see it if You don't adore Sutton Foster.