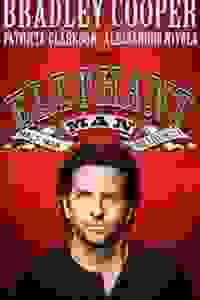 Bradley Cooper, Alessandro Nivola, and Patricia Clarkson star in this Broadway production about a man in a traveling freak show in the 19th century.

Based on the real life of Joseph Merrick, 'The Elephant Man' tells the story of a 19th-century man who became a star of the traveling freak show circuit. When the renowned Dr. Treves takes Merrick under his care, he is astonished by the man’s brilliant intelligence, unshakable faith and, most of all, his resounding desire for love and understanding. He introduces Merrick to the beautiful actress Mrs. Kendal, who is deeply touched by this pure and genuine soul. As a complex friendship blossoms among the three, Treves and Kendal struggle to protect Merrick from a world of questionable intentions… and so begins a story of love as unique as 'The Elephant Man' himself.

See it if Amazing acting and script. Bradly Cooper is riveting in his performance.

Don't see it if you don't like minimal stagings.

See it if You like well done dramatic pieces with compelling performances.

See it if you like strong acting. Brilliant to have handsome BC contort into the disfigured EMan. Society's reaction to "others" is impt to consider.

Don't see it if Questioning the dr's goodness wasn't interesting. Nivola was stiff. The play isn't as powerful as I'd remembered. Still, solid production.

See it if You're interested in historical dramas, or just want to see Bradley Cooper on stage.

Don't see it if You're looking for a definitive version of this play.

Don't see it if It's an intense, sad play so it may not be what you feel like seeing.

See it if You enjoy seeing a movie star who's not afraid to look ugly or be pathetic onstage, and an amazing, touching, sad, lovely story.

Don't see it if You want a happy ending.

See it if you like Bradley cooper! He was not the actor you see at the movies.

Don't see it if you don't want to see great acting.