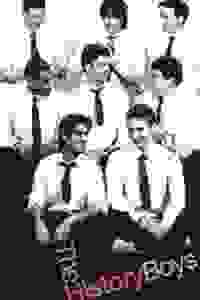 This 2006 Tony Award Winner for Best Play, a transfer from London, is about a group of boys in a prep school preparing for their Oxford and Cambridge entrance exams.

A rambunctious group of smart and funny sixth-form boys are in pursuit of sex, sport and a place at university. A headmaster is obsessed with results, and a history teacher thinks he’s a fool. Bennett examines rivalry, adolescence and education with wit and precision.

See it if you'd like a larger-than-life portrayal of teacher done w/ energy and affection. Many people loved this play (including the Tony committee)

Don't see it if you want a play to enlighten. I found the fondling of boys by the "hero" repugnant...and his unwillingness to want more in life for them. Read more

Don't see it if You can't stand British accented fare.

See it if I saw this a few times which I think is helpful when watching British shows, mainly cause they speak slang that's hard to pick up. Good job!

Don't see it if Don't see if U don't like watching a group of boys debating their history teacher on various subjects. Make sure it's a good cast or skip it

See it if No surprise basically every one of the original "boys" in this cast is now famous. Phenomenal ensemble, wonderful writing. Incredible show.

Don't see it if You don't like plays or have trouble with accents. Trigger warning for accusations of sexual misconduct. Otherwise wonderful.

See it if you want to see an incredibly charismatic young cast.

Don't see it if you're annoyed by somewhat predictable and even occasionally preachy writing.

See it if you love ensemble pieces that put forth discussion about difficult topics with original thoughts.

Don't see it if you want a story that is more straightforward and less of a character study that doesn't challenge socially acceptable stances on issues.

See it if you like intelligent, witty, profound shows

Don't see it if you're afraid of moral ambiguity

Don't see it if You get bored in dramatic plays.