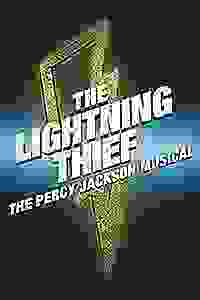 See it if you'd like to see a fun (if not quite exciting) musical journey that draws on Greek myth & kid culture.

Don't see it if you want to be consistently excited or surprised. Read more

See it if SOME GREAT YOUNG TALENT,. A WINNER FOR TEENAGERS WHO GREW UP WITH THE BOOK,

Don't see it if SET IS MINIMAL. APPEAL TO OLDER AUDIENCE NOT AS STRONG

See it if if you're​ in the YA demographic or accompany someone who is. Occasionally amusing. Tries hard to please with limited success, if an adult.

See it if Enjoyable family musical based on Greek mythology. The kids will have fun.

Don't see it if There were no memorable songs.

See it if you have a 'tween who loves the Percy Jackson novels or 'tween who you want to get a "safe" intro to Broadway musical theater.

Don't see it if you want your 'tween to be introduced to quality musical theater. Read more

See it if you're looking for a cute family friendly show. Based on young-adult novel, but writing skews much younger than that.

Don't see it if you're looking for a Broadway calibre production or must-see theatrical experience. It is cute and fun for what it is, but nothing standout.

See it if you need family fare that isn’t too scary, isn't sexual, and is simple in plot & design. Your kids will enjoy it; you’ll enjoy their joy.

Don't see it if you need highbrow, serious theatre; lack imagination; are over the “teen/tween-musical” scene (it’s the same book writer as Be More Chill). Read more

See it if If you liked the book. If you are into superheroes and young people’s stories.

Don't see it if If you want a professional and adult play. If you prefer material for grown-ups.

"‘The Lightning Thief,’ a Far Cry From Olympus: A musical adaptation of the popular fantasy novel comes to Broadway and goes to Hades."
Read more

2/5 Stars "While those young theatergoers can fill in any missing details from memory, the challenge of turning a YA bildungsroman full of epic battles and road trips...into a musical has overwhelmed the creative team. In staying faithful to the novel, they've wound up with a mess."
Read more

"The packed narrative may be child’s play for fans of Rick Riordan’s 2005 book — and there were plenty of enthusiasts in the audience on a recent night at the Longacre Theater, where the musical is having a limited run — but others will find the show and the bare-bones production simply myth-begotten."
Read more

"'The Lightning Thief’ opens on Broadway, all just flash and fun."
Read more