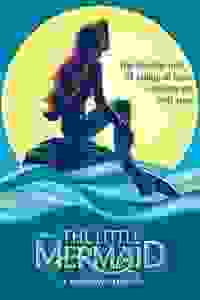 The Little Mermaid (Disney on Broadway) NYC Reviews and Tickets

This Disney Theatrical-produced Broadway musical, based on the beloved 1989 animated film, tells the story of a mermaid princess who falls in love with a human and wants to be 'part of their world.'

Mermaid princess Ariel is fascinated by the world and lives of people on dry land, and longs to someday join them though her father, King Triton, forbids contact. When she falls in love with human Prince Eric from afar, she makes a deal with her father’s sister and enemy Ursula: Ariel is temporarily transformed into a human and may remain so if she wins the kiss of true love from her prince within three days. The dangerous mission leads to a showdown between good and evil forces which only love can remedy. Featuring all the hit songs from the movie including "Part of Their World," "Under the Sea," and "Kiss the Girl."

See it if Disney Magic

See it if you've always thought the film soundtrack would lend itself to the stage well.

Don't see it if you don't think a stage adaptation of this story is necessary. It's not. Read more