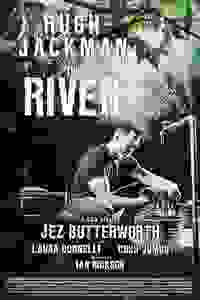 The River NYC Reviews and Tickets

Hugh Jackman stars in this Royal Court Theatre production about a fisherman who brings his girlfriend to a remote cabin in the woods.

Produced by the Royal Court Theatre, 'The River' tells the story of a solitary fisherman who brings his new girlfriend to a remote cabin in the woods. The play asks the question: When we find each other, are we trying to recapture someone we once lost? Hugh Jackman returns to Broadway in this new play by Jez Butterworth.

See it if you want to brag about having seen Hugh Jackman on stage.

Don't see it if you have any sense of taste. It's just plain bad and pointless.

See it if You'll see anything Hugh Jackman does even if the show is horrible. I recommend saving your money and just catching a glimpse at stage door