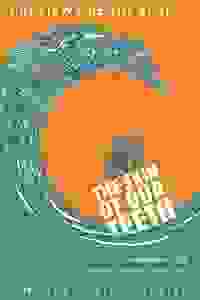 View in admin
The Skin of Our Teeth (Broadway)
NYC: Upper W Side
74
Score it Scored!

The Skin of Our Teeth (Broadway) NYC Reviews and Tickets

This production helps celebrate the 125th anniversary of Thornton Wilder's birth. The play is a comedy that follows 5,000 years of one family as they survive wars, plagues, floods, and more.

See it if you're a fan of Wilder, enjoy absurd, surreal situations, appreciate metaphoric plots, like dystopian subjects, how great puppetry fits in

Don't see it if Don't like absurd plots that transcend time, don't appreciate satire, not a fan of family domestic plots, uncomfortable with disaster plots

90
This is a fine production of one of the more important absurdist plays in the american canon; some may find it confusing or too campy, but its strengths overwhelm

See it if hilarious, profound & deeply moving in exploring cosmological ? why should humans try again after so many reversals; arresting production

See it if you enjoy very long (three hours!), absurdist shows that don’t seem to make any sense.

See it if you like over the top shows. I couldn't take it and left at the first break. Acting was over the top, as suits the material.Dreary, dull.

Don't see it if you are looking for a straightforward play.This drags on and is just silly for the first hour.

Don't see it if Don't like surreal shows. The 2nd act was over-the-top & that overshadowed the dialogue although Ruff had a great speech. Long play.** Read more

67
Indulgent, Quirky, Disappointing, Dinosaur?, It was hard to sit through.

See it if I know I was supposed to see the march of civilization from ice age to war. I didn't get the biblical allegory. The first scenes had promise

Don't see it if If you want a straightforward narrative. I found the costumes/sets intrusive.The rhythm was wrong for me. Half empty theater felt cavernous

See it if World's wacky and feels like it's ending: do you keep going or realize it's all crazy and meaningless? Family endures cycles of apocalypses.

See it if a great revival with a few tweaks to make it more updated for today. well-acted (Gabby Beans is great) overall and the set is amazing

Don't see it if not everyone's "cup of tea". Not the fault of the production, but of the show itself. Definitely not Our Town.

"'The Skin of Our Teeth' is a big play. It has to be. The whole of humanity doesn’t fit tidily into three acts, even assuming as much frame-breaking foolery as Wilder allows. In Blain-Cruz’s maximalist hands, it gets even bigger, the stage overflowing with flowers and lights and dazzling, playful puppetry. She favors a high femme aesthetic — luxuriant, Instagrammable — and no other serious director working now has such a profound interest in visual pleasure and delight. She also has a killer playlist (Rihanna, Dua Lipa). Because this is the way the world ends: all bangers, no skips."
Read more

"I’m not sure that any revival of 'The Skin of Our Teeth' can really work anymore. But for theater lovers, this one offers a rare chance to see Wilder's Pulitzer Prize–winning curiosity as an all-out extravaganza, with nearly 30 actors—the always superb Roslyn Ruff is a standout—and a vividly imaginative staging."
Read more

"If the only thing you know about Thornton Wilder is his masterpiece 'Our Town,' then his other Pulitzer Prize–winning play, 'The Skin of Our Teeth,' is going to come as a shock. You will show up at Lincoln Center anticipating restrained aesthetics (will they have a ladder, or just mime one?) and the purity of a secular hymn. You might have even packed a hankie for the sad parts. And then — probably around the same time the 15-foot-tall dinosaur walks in — you’ll realize something’s up."
Read more

"The events of the play are chaotic, but in this production they connect to the chaos of the here and now in ways that left me bewildered and a little frazzled. ... Living through rising temperatures, pollution, a global pandemic and an unjustifiable war in the Ukraine didn’t help me find resonance in the play’s nebulous plot or broad philosophical themes."
Read more

"Wilder’s overriding message—and 'The Skin of Our Teeth' certainly contains many a pointed message, particularly in its heavily moralistic final act—is that it is always too late for humanity to save itself, and yet it is never too late. Through an ice age, a world-leveling flood and a brutal war, the Antrobus clan perseveres, occasionally succumbing to despondency but somehow being reborn in hope, with the lodestars of the great philosophers offering solace and inspiration. "
Read more

"Today, no less than in 1942, we have to take a breath and acknowledge that Wilder is taking big, prophetic swings in the theater: intercutting the sort of family tragedy Arthur Miller had yet to write with miracle plays from five centuries previous, spiced with quotes from the Bible, the Iliad, Aristotle and other philosophers. Coming out of a pandemic, in a politicized theater environment, one cannot understate how refreshing it is to see a play that thinks big about the long arc of world history with Wilder’s blend of whimsy and pessimism."
Read more

"Lincoln Center Theater’s major new revival of the play, directed by Lileana Blain-Cruz, with additional material by Branden Jacobs-Jenkins and the tireless efforts of an exemplary cast, does, in fact, afford some newfound vitality for a work so often more admired than loved. "
Read more

"'The Skin of Our Teeth' is trotted out every so often by theaters that wish to inform us that the writer of 'Our Town' also wrote other plays, like Shakespeare festivals and 'The Two Noble Kinsmen.' The points Wilder makes — that family life is a universal constant and that peaceful periods are inevitably followed by some natural disaster or geopolitical strife — are roughly the same as those of 'Our Town,' only less emotionally true and more self-indulgent and pretentious."
Read more