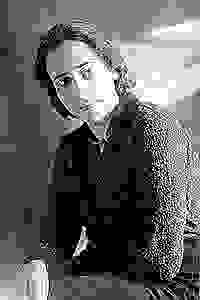 Luna Stage presents the world premiere of this fantastical drama about Johanna Stern, the young woman who will go on to become Hannah Arendt, one of the most important 20th century philosophers.

See it if Amazing new drama abt Hannah Arendt,one of the most profound thinkers,performed by excellent act w/ a superb script.Real story:Berlin 1933*

Don't see it if You do not want to deal with MTA & NJT on weekend. Yet, travelling was worthwhile. Read more

See it if Based on true life events in 1933 Germany, highly relevant to today with fresh insights. Extraordinary scripting & acting. World premiere.

Don't see it if You easily get turned off by any reference to philosophy. Read more

See it if You are looking for thought-provoking theater with relevance to today.

Don't see it if You are looking for a light night out. While there are moments of humor, this is a serious play on a serious subject.

See it if You want to see the true story of Hannah Arendt, young, in Nazi prison, and intelligently dealing with "good German" guard who lets her out

Don't see it if You can't get to NJ by car or train to Orange then uber or local cab to Luna Stae, 555 Valley Rd. If train, check schedule for return times.

See it if you're interested in the time period (1930s Europe), philosophy, or questions of what happens when law and ethics collide, how humans react

Don't see it if you dislike serious material, small settings, shows without intermissions, or if you prefer to be entertained without thinking

See it if you're a big history buff or if you're already familiar with the story.

Don't see it if you're looking for fun

See it if If you like history to be real. Very compelling

Don't see it if If you want light and fluffy

See it if You enjoy a play based on historical events.

Don't see it if You don’t like an intimate theater.