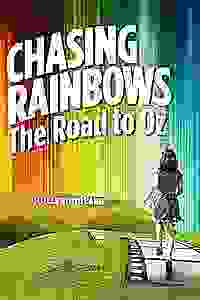 Chasing Rainbows: The Road to Oz NJ Reviews and Tickets

Paper Mill Playhouse's new musical chronicles Judy Garland’s early career from vaudeville baby to MGM teen star in the making, and features such classics as “Over the Rainbow” and “You Made Me Love You.”

Before she burst onto the big screen as Dorothy in The Wizard of Oz, Judy Garland was a young vaudeville trouper named Frances Gumm. In this highly anticipated new musical chronicling Garland’s early career from vaudeville baby to MGM teen star in the making, the road to Oz is paved with adversity. At its heart a story of love between a father and daughter, featuring such legendary songs as “Over the Rainbow,” “You Made Me Love You,” and “Everybody Sing,” Chasing Rainbows is a poignant coming-of-age tale about “the little girl with the big voice,” who went on to become one of the world’s most beloved entertainment icons.

See it if you enjoy 1920's-30's music. A jukebox of beautiful tunes with many updated lyrics. A tame/safe telling of Judy's early life. Great staging.

Don't see it if you expect the bluntness and grit of the "Judy" movie. Read more

See it if You are interested in Garland. I didn't know too much about her life before OZ so it was interesting. Loved Margherita as Ethel Gumm.

Don't see it if If you are expecting drama. Theres a tiny bit but this is a pretty lighthearted musical.

"Judy Garland Finally Gets a Happy Ending in 'Chasing Rainbows: The Road to Oz': Garland's rise to fame as 'the girl next door' at MGM is onstage at Paper Mill Playhouse."
Read more

"Whether you are fans of the Judy who...went down the yellow brick road in the 1939 classic, or of the incomparable adult superstar...this delightful new musical is clearly calculated to bring waves of laughter, an occasional tear and mostly appreciative applause. It does."
Read more

"Overflowing with classic songs that are wound in and around the young MGM star's rise. it is in daddy's eyes and voice that we are being truly gifted by this musical. Max von Essen as the troubled father,..steals the show from under those Ruby shoes, giving the most nuanced portrayal on that big wide stage."
Read more

"'A fabulous show where music, singing, and dancing all work together to tell a story. Fans of Judy Garland’s legacy will especially enjoy seeing this show. This is one of those musicals that wows the crowd but carries with it a true story with a lot of heart."
Read more

"'I Didn’t Want It to End!' 'Chasing Rainbows: The Road to Oz' at Paper Mill Playhouse"
Read more