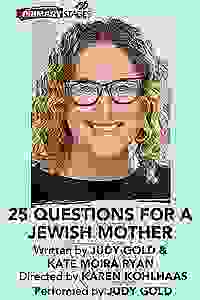 25 Questions for a Jewish Mother

In this solo piece, comedian Judy Gold and playwright Kate Moira Ryan weave actual interviews with Jewish mothers across the United States together with memories from Gold’s childhood. More…

Part memoir and part stand-up routine, this hilarious and affecting play breaks down just what makes Jewish mothers so lamentable, laughable, and lovable. In 25 Questions for a Jewish Mother, comedian Judy Gold and playwright Kate Moira Ryan seamlessly weave actual interviews with Jewish mothers across the United States together with memories from Gold’s childhood and her own experiences as a Jewish mother in order to create a performance piece that explores it all: from rugelach to rabbis, matzoh to marriage, Ann Landers to Anne Frank, and guilt to G-D. Judy is a Primary Stages ESPA Instructor and 2019 Einhorn Mentorship Award recipient.

See it if you like to laugh abt things Jewish...esp'ly mothers. JG is charming, warm, self-deprecating, insightful. Some stories are moving, inspiring

Don't see it if you're uninterested in subj. 25Q is perfect for NYC. Staging's a bit dull (back-forth to chair). Not sure karaoke works. JG sh protect voice

See it if ur a Gold fan & want to see her try to craft her stand-up shtick about her mother into a serious exploration of what makes Jewish moms tick.

Don't see it if u expect a strictly stand-up routine or a straighforward play [It is neither]; u don't like old-school Jewish humor & all that mishegas.

Also This is an amusing -- even intermittently hilarious -- show that is unfocused in its aim. Is it is a stand-up routine? Or is it a scripted play? Is it Gold's memoir? Or is it a study of (other) Jewish mothers? Are we supposed to empathize with Jewish mothers? Or are we encouraged to mock them?

I have been a fan of Judy Gold for a long time, and I was looking forward to this "new" work. Much of the material is a retread of Gold's stand-up act (and isn't nearly as funny delivered in this "scripted" form), but the real revelation was that Gold is an excellent mimic. I'd like to hear her shout a little less & see her act a little more. She seems to have some chops.

Don't see it if episodic material bothers you. This solo show contains many stories some told in character as if by the original speaker.

Don't see it if Don't need to be of the faith to have one, to be one, or to recognise one of that certain domineering character trait with a label.

See it if You want a mix of humor & heart, stand-up & storytelling. You like memoir and/or interview stories. You like parenting stories.

See it if You are a Judy Gold fan and you want to hear her story.

Don't see it if portrayal of Jewish mothers very stereotypical. You don’t like screaming. Mic was too high but she definitely screamed too much.

Don't see it if This feels like recycled material that's been marginally updated. It's mostly a standup routine that's reasonably funny & a little poignant.

See it if you want to see a well staged stand-up show.

Don't see it if you expect a play. This is definitely not a play.

Also Judy Gold is a very, very good stand-up comedian and she brings those talents to the stage at the Cherry Lane. The show also benefits from excellent lighting design.

There is nothing new, or particularly daring, in the content and may not resonate at all with younger theater goers.

It is a relaunch of Gold's successful off-Broadway and national tour of this same show and seems purposed to selling some of Judy's new ventures. Nothing wrong with that, but it is only trying to revitalize old fans.

See it if you like a stand up comedian telling her life story involving Judaism, having a Jewish mother, being a lesbian jewish mother & some laughs

Don't see it if you expect to see a traditional stand up comedy show with one joke & laugh after another rather than focusing on one's life story.

See it if You like and appreciate ethnic humor, there will be barrels of laughter. There are many shared experiences that most people can relate to.

Don't see it if Jewish humor or the LGBT topics are difficult for you to hear.

See it if you're a fan of Judy Gold. To see something very funny with some poignant and touching moments. She commands the stage.

Don't see it if you don't like one woman shows or an exploration of mother/daughter dynamics. If you have seen Judy do stand-up, it might feel repetitive.

See it if you've seen Judy Gold before and love her; you want to laugh almost nonstop; you can relate to humor involving Jewish mothers

Don't see it if you don't like one person shows; you have no interest in material about Jewish mothers

See it if You love Judy Gold. I always see anything that Judy Gold is in. I enjoy her company.

Don't see it if If you expect to be laughing continually. He performance is more poignant than funny.

See it if you enjoy 1-woman shows, revolving around Jewish humor, with some touches of Gay thrown in

See it if Judy Gold is very talented and combined her stand up, her own mother- daughter story & new characters she interviewed. Laughed out loud!

Don't see it if Some of her story she’s told before but there was a lot of unexpected pathos added as she matured and explored other mother’s stories.

Alyssa 8198
Brooklyn
Female
189 reviews
Get Alerts Alerts On Alerts Off
65
Well-acted parts, God may be here but doesn’t pay the rent
December 7th, 2019

See it if You like Judy Gold. Know something about Judaism & don’t mind if it’s badly misconstrued.

Don't see it if You expect to see a funny show. It really isn’t very funny. Most of the jokes were bad. Only laughed a few times.

Also Judy Gold is a very fine actress & beautifully embodies the Jewish women she interviewed, as well as her mother & sons. But she’s just not that funny here. I’d rather have seen fewer jokes & more about the people she interviewed.... Read more Read less

Don't see it if you want to see a serious play

See it if You want to see a very funny comedian talk about being a mother,a Jewish mother with stories that anyone can relate to.

Don't see it if There is nothing new here. I saw Judy do this show about a decade ago.

See it if Your Jewish or know the score

Don't see it if Your an antisemite or don’t know anything about Jews.

See it if gold is a big presence, friendly, good mimic-sometimes funny/smart commentary about her mother, ex partner and being a Jewish, lesbian, comi

Don't see it if She is uneven-sometimes trying g to tap into pathos before hitting a punch line. Many of the stories feel recycled from past shows.

See it if a lesbian Jewish comedian’s autobiographical show - the versatile actor acts out all Jewish mothers, including her own; unique perspective

Don't see it if .. to milestone events in this country’s recent history, including 9/11 & AIDS epidemic; 75min of swift witty lines;

Also I missed some Jewish reference as a non-Jew, but enjoyed the show regardless. This show hit me hard.... Read more Read less

See it if you will enjoy a cross between confessional and stand-up.

Don't see it if you do not enjoy either a one-woman show or Jewish mothers.

See it if You would like to see an affecting one woman show starring talented comedian Judy Gold about Jewish motherhood.

Don't see it if You’re expecting either a standup set, or a fully realized investigation into the subject. This is half/half, with both sides a bit flimsy.

Also I found 25 Questions for a Jewish Mother to be moving and funny. The anecdotes Ms. Gold tells about her experiences as a lesbian, Jewish mother and her relationship with her own mother are frequently hilarious. When she re-enacts snippets from her interviews with Jewish mothers, the tone often turns somber, with several mentions of the holocaust. I was impressed with her ability to balance humor and gravitas. My date had a very different reaction from mine, feeling that the standup comedy set we saw from Ms. Gold a while back was much stronger. I did have to agree that Ms. Gold shines with improv and audience interaction, which is absent in this piece. Her performance here seems comparatively stiff. I also agreed that in trying to combine both standup comedy and a serious account of Jewish motherhood, the result is slightly unsatisfying. Though objectively I can see its flaws, I still feel this show is worth seeing, particularly for those interested in the topic.... Read more Read less

See it if you are interested in Jewish mother/daughter relationships or in general Jewish standup comedy. Judy Gold is a very good standup comedian!

Don't see it if you do not like standup comedy or shows about Jewish or lesbian issues.

“25 Questions for a Jewish Mother” hasn't been reviewed by any Critics (yet!) 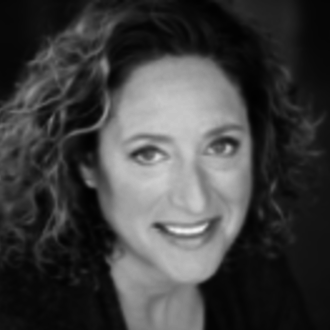 Judy Gold
Writer / Performer
Get Alerts Alerts On Alerts Off 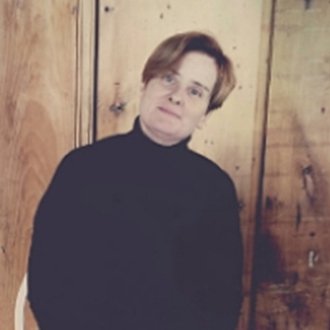 Kate Moira Ryan
Playwright
Get Alerts Alerts On Alerts Off 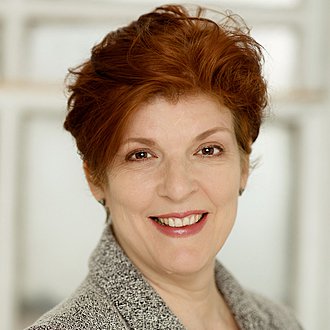 Karen Kohlhaas
Director
Get Alerts Alerts On Alerts Off