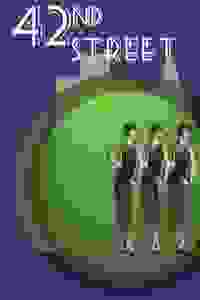 The Heights Players present a revival of this quintessential backstage musical, featuring iconic songs such as "Shuffle Off to Buffalo," "Lullaby of Broadway," and the title tune.

'42nd Street' is the story of Peggy Sawyer, who comes to NYC from Allentown, Pennsylvania and soon lands her first job in the ensemble of a glitzy new Broadway production–a show in a constant state of panic, lurching from one crisis to another. Just before opening night, the leading lady breaks her ankle. Will Peggy's performing dreams come true? A celebration of Broadway, Times Square, and the people who make the magic of musical theater.

See it if a classic, this is one that always goes down in the annals of great musicals. the sets, the music and the acting was super. Its pure NYC!

Don't see it if If you don't like a classic musical, you will not like this show. It is timeless a truly great evening of performance with all the hupla of

See it if you want to see one the Broadway classics. It's been in many revivals in different decades. The music is institutional and recognized.

Don't see it if you don't like dancing plays. Read more