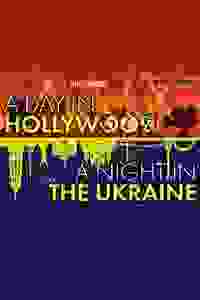 View in admin
A Day In Hollywood/A Night in the Ukraine
NYC: Midtown W
Buy tickets from $62 from the Box Office
Score it

A Day In Hollywood/A Night in the Ukraine is presented through special arrangement with Concord Theatricals and provides a double feature more hilarious than any presented in Hollywood’s heyday: the first, a salute to the Golden Age of film musicals; the second, a rambunctious Marx Brothers farce. Featuring such songs as “Just Go To The Movies,” “Nelson,” and “Doin’ The Production Code!"