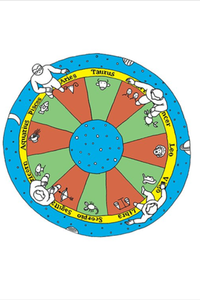 A Life NYC Reviews and Tickets

Nate Martin is hopelessly single. When his most recent breakup—another in a lifelong string of ill-fated matches—casts him into a funk, he turns to the only source of wisdom he trusts: the stars. Poring over astrological charts, he obsessively questions his past and his place in the cosmos. In this disarming new play, the answer Nate receives, when it comes, is shockingly obvious—and totally unpredictable.

See it if you like quirky shows that really move you, touch you in a subtle quiet way that is beautiful and a little unsettling at the same time.

Don't see it if you need a straightforward plot. At one point I was lightly crying because I was so moved and I heard the person behind say "This is weird".

See it if you want to see David Hyde Pierce deliver a potent opening monologue about the complexities of being an aging, single gay man in Manhattan.

Don't see it if you seek any meaning from this meandering, dull nothingburger. Spoiler alert: Life has no meaning. Here today, gone tomorrow. Live for today

See it if you want something unexpected, enjoy stories of gay men maneuvering through NYC, fan of David Hyde Pierce, like ballsy staging and plot

Don't see it if you've had it with stories of gay men, don't like unexpected twists that come earlier than expected, saddened by scenes of abject loneliness

Don't see it if /SPOILER ALERT: after DHP unexpectedly dies, some will be bored as play clinically shows ritual 4 how society deals w death/life goes on Read more

80
Clever, Great acting, Monologue by d.h pierce is a winner

See it if you enjoy a magnificent David Hyde Pierce for 25 minutes or so.

Don't see it if you do not have Mr Pierce for the rest of the show. Maybe this is an attempt (perhaps) to define the meaning of life.

See it if To see David Hyde Pierce. He was very good. It was interesting but many would not like it.

Don't see it if I would not really recommend this play to anyone. the first part of the play is charming, the second part is totally weird and disturbing Read more

See it if you are a fan of David Hyde Pierce. Better yet, wait to see him in "Hello, Dolly". Otherwise, stay away from this deadly dull play.

Don't see it if you're smart. Read more

See it if You like realism & the actor speaks directly to the audience laying his emotions bare;David Hyde Pierce;twists and turns

"Am I boring you? Sorry, but don’t blame me, I’m just trying to be an honest reporter...Mr. Pierce is usually good company, even when his material is less than first rate. But here’s he’s just…company...The play has been directed with minimal fuss by Ms. Kauffman, a specialist in adventurous theater, but it falls between the schools of realism and what might be called theatrical existentialism...While you can scan the play’s surface for larger meanings, watching it isn’t particularly rewarding."
Read more

"The play is exquisite in detail but cosmic in theme; it has a Thornton Wilder soul...Directed by Anne Kauffman with a superb ear for naturalism. Sympathetic and unsentimental, the play offers a wise, quietly devastating perspective on the stuff we carry and leave behind. You may find yourself trembling as you stumble out of Playwrights Horizons and into the night, where life goes on and has been going on without you."
Read more

"It’s hard to imagine anyone who could put this material over better than Pierce; he works every self-cancelling half-sentence and errant thought pattern into a stage naturalism so airtight it approaches the surreal...Bock’s dialogue captures the uncanny and sometimes hilarious weirdness of real speech..Balancing such disparate and volatile elements asks a lot of a director, and Anne Kauffman, in staging 'A Life,' demonstrates nerves of steel."
Read more

"There’s nothing strained about Bock’s new play...David Hyde Pierce, giving one of those performances that take you over, moment by sensitively explicated moment...The director, Anne Kauffman, doesn’t try to make the script more than it is; she helps to reveal the subtleties and the weirdness at its heart. Hyde Pierce and the rest of the cast are ideal collaborators for what Bock and Kauffman want to convey."
Read more

"To reveal anything more would be to spoil the heartrending surprises of this deeply unsettling drama, which will linger long in your mind...Some will find it profoundly moving, others gimmicky...Director Anne Kaufman doesn't shy away from the play's daunting aspects...'A Life' is a little rough-hewn, both in the writing, which sometimes feels underdeveloped, and its technical aspects...But these are mere quibbles about a drama whose simple truths will leave you ineffably shattered."
Read more

"David Hyde Pierce is giving a quietly devastating performance in 'A Life,' Adam Bock’s meditative one-act play about the meaning and implicit value of a human life...Bock is scrupulous in the language he uses to reveal Nate’s indecisive character...Director Kauffman stages those events that intrude on his placid existence with a sense of high drama and implacable finality. For his part, Pierce keeps his distance and lets her do what has to be done. It’s a rewarding collaboration all around."
Read more

"Bock leans heavily on the element of surprise, which director Kauffman successfully exploits to the fullest. She lulls us into a false sense of complacency before completely blindsiding us...Pierce gives one of the most physically committed performances I've ever witnessed onstage...Bock's commitment to soul-shaking naturalism is reminiscent of Émile Zola at his darkest, conveying a vision of life that is so frightening precisely because we know it to be completely truthful."
Read more