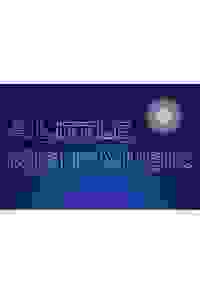 In 1900 Sweden, on a magical night that smiles three times, an aging actress, a married virgin, a sex-starved divinity student, and a buffoonish count find themselves hilariously tangled in a web of love affairs.

Don't see it if you are not a fan of Sondheim musicals or scaled down versions of Broadway musicals.

See it if You've never seen a production. This high-end community theatre version does the material justice, with an original visual twist; worth it.

Don't see it if You're more of a Sondheim stickler than Sondheim is; except for the weird director's choice to pantomime props, all is mostly well here.

Also Local sightings of Sondheim's Night Music are pretty rare & so it's a treat to find one not only financially accessible, but that stays true to the material. It’s a difficult, demanding & opulent score, and St Bart’s—in its 90th year the oldest community theatre in New York—manages to pull it off, even throwing in a visual Fosse-like twist with the Chorus that mostly works.

The company, for the most part comprised of amateurs in the purest sense, is a talented if mixed group, but handle the vocals. Taylor Vickers has a remarkably clear & strong soprano; Michael DeShields as Frederick is strong until the second act, where he hangs back; Heather Burgess is a wonderful, convincing presence onstage; Sarah Catherine Hook brings a lot of vocal punch & character to her Mrs. Nordstrom; Claire Hayner is striking in look & voice, stealing every scene she’s in with her layered Charlotte; & Merrill Vaughn’s Desirée is terrific, worldly & wise. It's a small & intimate Night, but go, support it.

See it if You like Sondheim, farces, or comedic musicals.

Don't see it if You're looking for something serious or super sensical.

Also I had rather low expectations, but this was a very nice, well-put-together production! Some unevenness in acting, but overall excellent singing and solid performances. The servants / chorus were costumed, for some reason, in steampunk carnival burlesque, but otherwise a pretty straight rendition of an excellent Sondheim show.... Read more Read less

See it if you have a relative performing in the show or for the terrific musicians. See it for the beautiful costumes.

Don't see it if you want a really talented cast in a thoughtful production. The first act moves very slowly.

Also I give everyone an "A" for trying, but the voices of the main characters are just not that good. Some in the ensemble were much better. Ms. Conlin deserves praise. The age difference between Fredrik and Desiree makes it hard to understand the attraction. Ms,. Vaughn who plays Desiree does a wonderful rendition of "Send in the Clowns." But she is just too mature for the part, or Mr. DeShields who plays Fredrik is too young for her. Also, the lighting was so dark that at times it was hard to see the faces, and I was in the second row. I wish St. Bart's the best, but this is not a theater group I will rush to see again.... Read more Read less

See it if you appreciate Sondheim and intelligent brilliant theater.

Don't see it if you are too young to appreciate the bittersweet rendering of the follies of romanticism.

See it if you're a fan of American musicals, esp. S. Sondheim. Spirited, intelligent and captivating performances, esp Merrill Vaughn as Desiree.

Don't see it if I can't think of a reason not to see it.

See it if You love Sondheim, Bernadette Peters and Elaine Stritch.

Don't see it if you hate musicals

See it if Singing was out of this world. The costumes were divine. Enjoyable performance.

Don't see it if You do not like Sondheim.

“A Little Night Music” hasn't been reviewed by any Critics (yet!)

St. Bart's Players
Producer
Get Alerts Alerts On Alerts Off

Hugh Wheeler
Playwright
Get Alerts Alerts On Alerts Off 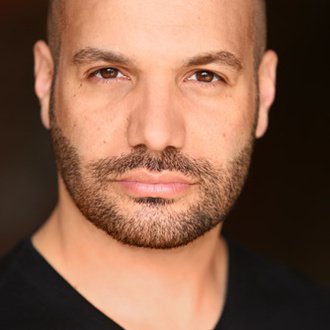