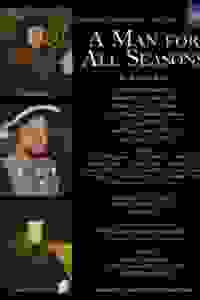 View in admin
A Man for All Seasons
NYC: Brooklyn
85
Score it Scored!

A Man for All Seasons NYC Reviews and Tickets

The Heights Players presents Robert Bolt's classic historical drama, which offers a portrait of Sir Thomas More in his last years as Lord Chancellor of England during the reign of Henry VIII.

Sir Thomas More, nobleman, lawyer, and humanist, is a long-time friend and favorite of King Henry VIII. Henry appoints him Lord Chancellor in 1529. When the Pope refuses to grant Henry a divorce from his Queen, Catherine of Aragon, so that he can marry Anne Boleyn, Henry breaks with Rome and declares himself head of the Church of England. More, a staunch and faithful Catholic, resigns as Chancellor. In 1534 Parliament passes a bill requiring all subjects to take an oath acknowledging the King as supreme head of the Church in England. More refuses to sign, is imprisoned, found guilty of treason and is finally executed in 1535. Bolt's play won the Tony Award for Best Play and the 1966 Oscar for Best Picture.

See it if A really great story. Great acting and direction.

Don't see it if You want a easy story or a light show. If you want a bigger production.

See it if You want to see a fine production of a classic play and support a wonderful community theater.

Don't see it if You don't like historical dramas

See it if Excellent revival of an old chestnut. The entire cast was exemplary. Linear drama. Thought provoking

Don't see it if Only enjoy fluff and musicals Read more

See it if You like stories from 16th century about righteousness. It's sad to see unnecessary death over injustice law. Good structure & organization.

Don't see it if You prefer shorter shows or a more modern setting.

See it if You like historic dramas, very well written, directed, and performed — even if you saw the original with Paul Scofield.

Don't see it if You don't take to the heavy language of historic dramas.

Don't see it if you are bowling on thursday