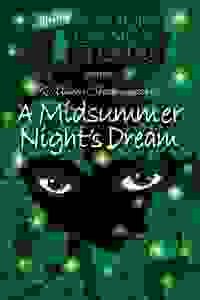 See it if You like Shakespeare, love seeing classic works done in non-traditional settings, and want to laugh

Don't see it if You don'y like Shakespeare or the idea of getting up to move from scene to scene.

See it if If you love a little laughter with your Shakespeare.

Don't see it if You don't like Shakespeare....stay away!

See it if love outdoor theatre

See it if you want to start watching Shakespeare. This is probable the best play to get started with.

Don't see it if you don't have any interest in the bard's work and its renditions.

See it if You like Shakespeare enough to see a light version of it, and if you like to be more involved than just sitting in a theatre.

Don't see it if You don't like the outdoors and you are very happy to be sitting in a comfy theater seat.

Don't see it if You'd rather traditional Shakespeare. MSND is not one of my favorites so it didn't capture me

See it if you like being outdoors!, need a family activity, want to mix up date night with show & a picnic, are in a light-hearted mood!

Don't see it if you have trouble walking or sitting on the ground for long periods of time, don't like bugs, want spectacle (nature is the spectacle!)

"Being within earshot of the performers was mostly a matter of luck...But you have to adjust expectations when theater moves outdoors...The travails of the young lovers got a bit lost, while the scheming of Oberon and the mischief of Puck were similarly muted. But the rude mechanicals did well...'Pyramus and Thisbe,' the play within the play, is raucously silly fun...This 'Midsummer' is a little elusive, but it’s not a bad way to spend a beautiful evening outside in the city."
Read more