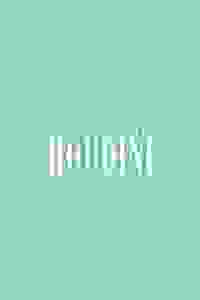 59E59 presents this one-man play from Daniel LLewelyn-Williams about a Welsh dockworker's son at the turn of the last century, who, smitten by Harry Houdini, dreams of a life of magic.

His parents struggle with their son’s eccentricity, but doggedly training himself to emulate his hero on the industrial detritus, his relentless ambition finally brings him face-to-face with the world’s greatest showman - and one of the most terrifying events in British industrial history. Is it possible to follow one’s dreams when poverty weighs you down like mud? An story that blends childhood imagination with the cynicism of adulthood. A tale of hope, determination, and magic.

See it if Suspenseful one man bio with surprising twists and turns. Shows how a person can give their life unique meaning. Good writing and acting.

Don't see it if You don't enjoy one man biographies, even though the story is unusual. You are looking for a fancier production.

See it if You want to hear a gripping story. It starts off slow but really gets exciting as the story goes on.

Don't see it if You don't one person shows that only have an empty stage. It's all in the acting which Is pretty intense! This is not a magic show. Read more

See it if You want to see a gripping, energetic one-man performance.

Don't see it if You want a story that's a little more evenly paced and clear.

See it if -you are looking for a story of family, a perfect complement to this time of year; -you like the storytelling craft; -you believe in magic.

Don't see it if - you don't like one person shows - you want fluffy, noisy, boisterous diversional entertainment

See it if You want to see a well done one man show.

Don't see it if You have kids.

See it if You want to witness a master story teller.

Don't see it if You are not willing to be swept up.

See it if You wish to be moved and amazed in equal part.

Don't see it if You are not prepared to listen to a good story well told.

"A unique and captivating one-man show...It combines splendid storytelling and illusion with real historical events...Daniel Llewelyn-Williams' has written 'A Regular Little Houdini' with meticulous detail and delivers a stunning performance...You'll be entranced and entertained by 'A Regular Little Houdini.' The theater's intimate performance space is the ideal venue for the show. See it while you can."
Read more

"A regular little spellbinder...Llewelyn-Williams is a king-size stage presence with leading-man looks and a knack for spinning a yarn...It may seem unlikely that a piece about the power of illusion, featuring several scenes of high action, would work so well in monologue form, but Llewelyn-Williams has a gift for the telling detail...For audiences of any age, it's a supremely entertaining tale that brings another time and place to vivid life."
Read more

"If only Daniel Llewelyn-Williams were able to tap more liberally into some of that razzle-dazzle, then perhaps his solo show would stir up more excitement than the occasional sparks that flare up briefly...Ultimately, 'A Regular Little Houdini' is less of a play than it is a piece of storytelling...It is sorely in need of some old-fashioned theater magic to make it feel like it is more than just an anecdote or a family story that has become a staple at the holiday get-together."
Read more

“If there's a criticism to be leveled at ‘A Regular Little Houdini,’ it's that it could be longer. Llewelyn-Williams, director Joshua Richards, and composer Meg Cox (the only three people listed in the program) seem to have been on their own in crafting the show, which might explain its brevity. And, if that's true, it's too bad, because I imagine Llewelyn-Williams has a lot more to say about the people of Newport, South Wales.”
Read more

“It's not easy to create an entire universe by yourself. Sharing that universe with others is exponentially more difficult...Llewelyn-Williams does just this. If you are looking for a flashy production, this is not it...If you want to see an extremely talented performer with attention to detail, the ability to switch characters excellently, and a penchant for magic, this is precisely your cup of tea...Llewelyn-Williams weaves in historical events, making it quite clear he has done his homework.”
Read more

"There’s a bewitching sense of history in the magical inner workings of 'A Regular Little Houdini'...Llewelyn-Williams has created an entrancing tale out of a historically dark time in the history of South Wales, with his charismatic one-man show...A son bringing an artistic statement to us through his grief? Precisely the kind of theatre and commitment to excellence that we yearn for here in New York City. Bravo, Mr. Llewelyn-Williams, bravo. Expert direction is provided by Joshua Richards."
Read more

“The show itself feels unfocused in overarching theme and purpose. It takes a good amount of time to get to the first compelling tale of adventure, with a great deal of meandering. I found myself lost in the direction of this story at certain moments...Llewelyn-Williams sure can pull you in when the narrative is there, but work needs to be done to weave these components into a solid coming of age story. And more magic, much more magic is needed, literally and figuratively speaking.”
Read more