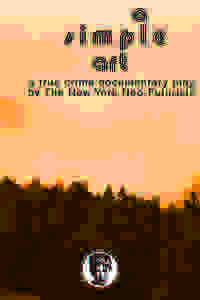 Inspired by Raymond Chandler’s 1944 essay 'The Simple Art of Murder,' 'A Simple Art' is a live true-crime documentary focused on the killing of Father Freed. By syncing up police interviews with storytelling, dance, onstage analog devices, and repetitive tasks, three Neo-Futurist cast members scrutinize the human need for narrative through the lens of noir. This work investigates the region’s history, the marijuana industry, the Catholic Church, police procedure, and the crime itself, all in an attempt to explore why (and how) we construct stories from the chaos of reality.

See it if a tale worth telling. clever use of props etc. free toast and coffee all 3 actors a credit to interpretative acting

Don't see it if some repetition. maybe more songs etc of the times.... but these are minor

See it if experimental theater that breaks down the usual concept of performance interests you.

Don't see it if if you expect a story to be acted. This is read from documentation. Inexplicable activities like making toast & playing LPs occupy the cast

See it if You like plays based on real events. You enjoy multi-perspective storytelling. You want to support an experimental theatre company.

Also What a disappointment! I like the Neo Futurists & thought their style would add something to the story. Unfortunately, it hindered it. Usually, their style of personalizing the story to the cast works & feels fresh & intriguing. This time it felt privileged & smarmy. They also chose to read the interviews in an emotionless, flat manner, rather than interpreting it as actor's. It detracted from the story & made it feel like a school project, instead of professional theatre. It's a miss.... Read more Read less

See it if You enjoy sophomoric theatre that seems to last for hours but only an hour and 10 minutes minutes...you need a snooze

Don't see it if you hate experimental theater, being offered coffee & toast, using your imagination, want to see action rather than being told about it

See it if you enjoy very personal true crime stories and you're open to documentary style storytelling in which the 4th wall does not exist.

Don't see it if you're expecting traditional storytelling; you're sensitive to depictions of violence & police mishandling resulting in tragic consequences.

Also This is an extraordinary work with a singular style, a unique voice and enormous potential. That said, at times the reading of the transcripts of real interviews was performed with a jokey quality that was smug and off-putting and worked mightily against the strengths of the piece. Transcripts were read verbatim, with the word "cough" spoken and the "um"s and "uh"s that occur naturally when most people speak commented on and played for laughs. This took away the emotional punch of the story being told. In contrast, when the performers lip synced to audio recordings of the interview, they played it straight and the tactic was enormously effective, allowing the true tragedy of this story to shine through.... Read more Read less

See it if You are not distracted by drab house, no staging, untrained youth delivering a mesmerizing, beautifully integrated tale.

Don't see it if you are not interested in a recreation of a murder filtered through the vision of one who knew the victim and whose life was changed.

Also This is actually a heartbreaking recounting of the events of the night on which a priest was murdered. Three young performers assume the characters in the events. They cue you to whom speaks with a prop eg police actor holds a badge. A simple conceit which works well. We then hear either transcripts read from interviews of said characters, or recordings made during the investigation. This brings a rawness to the material as the performers lip-sync to the recordings. This is brilliantly conceived but performed by game semiprofessionals, in a badly lit, tiny very untheatric theater. I look forward to seeing ALL three of these performers do more.... Read more Read less

Don't see it if you prefer traditional theater and a logical sequential storyline.

Also This was different but very informative. I enjoyed the information that was given and I enjoyed their performance.... Read more Read less

See it if You want to spend an hour trying to figure out why you decided to see this go-nowhere play. Well acted pretentious pointless rambling.

Don't see it if You're not family.

See it if You don't mind a few actors providing all the testimony of what happened to the deceaaed. The show was slow at times and not at others.

Don't see it if If the smell of incense bothers you. It's not through out the entire show, but there (I try to avoid that whenever possible)

See it if You like crime stories. Story was good. Clever presentation. Thought provoking

Don't see it if You are not interested in hearing about brutality of a crime. Don't like hearing law enforcement stupidity

See it if Real-life whodunit that builds a multisensual road to I'm not sure. Amusing, intriguing, provided more Q's than A's...and that's the point?

Don't see it if if you need a linear construct and perfect clarity in your theatrical experience.

See it if You are interested because you smoke pot

Don't see it if You don't like: Horrible writing, bad directing and acting

See it if You like a play without a finite ending as to who did it. Some of the acting was good.

Don't see it if You don't want to sit thru a long play which is confusing, in a dark environment, This is definitely not an upbeat play.

See it if you're interested in seeing a show that deals with a true life crime presented using a variety of effects, such as transcripts & recordings.

Don't see it if you are not a fan of intimate theater experiences or experimental storytelling methods, such as lip syncing to recorded material.

See it if you like the idea of seeing theater use multiple mediums to tell a story.

Don't see it if you're expecting something akin to a show by The Civilians.

Also This was an ambitious piece that had it's moment, but...as the play itself says at one point, it's not a whodunnit, or even a whydunnit, or about a student seeking closure regarding the murder of a high school teacher. It has interesting moments and information, but I was unsure what the point was, a lot of the time, or where it was going.... Read more Read less

Don't see it if you are expecting something great and profound to move you..

See it if you like the occasional "odd" show that is fast paced, funny, sad and draws lessons from real life. It is NOT a traditional linear play

Don't see it if you don't enjoy oddball shows that don't follow a linear structure. This is a documentary type show that says a lot about life.

See it if Play was interesting and intelligently written and acted and clever.

Don't see it if You want a typical play that is old fashioned.

See it if You like experimental theatre that gets to be a little indulgent at times.

Don't see it if You're not able to keep up with a rapidly changing plot with an overwhelming amount of activity.

Don't see it if You want something linear and straightforward

Don't see it if Descriptions of violence bother you, if you like a typical play structure, if you like more action less dialogue

See it if You're interested in true stories told by people personally involved. You like the aesthetic of flannel, coffee, and the pacific northwest

Don't see it if You're looking for something with a clear "plot", high energy, or a big budget.

Also To rate this against other plays would be unfair, and inaccurate. A Simple Art falls somewhere between hanging out with a close friend telling you a richly detailed, and highly researched story about a murder, and sitting in on a class focused on the murder. There's not much in terms of dialogue that isn't directed exclusively at destroying the fourth wall, and characters fluctuate between being what I imagine are slight caricatures of the actors themselves, and then just the actors speaking to you and to one another. The plot of the murder was full of twists and turns, recorded audio from primary sources, and while having no clearcut "conclusion" felt entirely whole. Leaving the theater, speaking with my girlfriend we were both immensely satisfied, saddened, comforted, and curious. A Simple Art is incredible intelligent, remarkably thought provoking, and immensely aware of itself, towing the line between entertaining show, and important reminder to be present.... Read more Read less

“Audience members shouldn’t expect the safety of a fourth wall and a clear-cut Aristotelian narrative. Instead, this is a piece where Neos do what Neos do best: keep you alert with their thought and movement deviations; effortlessly incorporate intersecting perspectives; make you cry, think and l...
read more
Get Alerts Alerts On Alerts Off
Reviews Off Broadway
“The New York Neo-Futurists' gem of a small piece, ‘A Simple Art,’ explores the death of a small-town priest to tell the world how stories affect us all. The excellent three-person ensemble uses recordings, music, documentary styles, maps and emotions to lay out the story of Father Eric's murder....
read more
Get Alerts Alerts On Alerts Off
"This kind of story is where the Neos’ mastery of theatrical experimentation shines...One of the greatest strengths of the piece is how it manages to incorporate all three performers, and stretch the scope of impact and influence outside of the immediate story. And yet I found myself wanting to k...
read more
Get Alerts Alerts On Alerts Off

New York Neo-Futurists
Producer
Get Alerts Alerts On Alerts Off 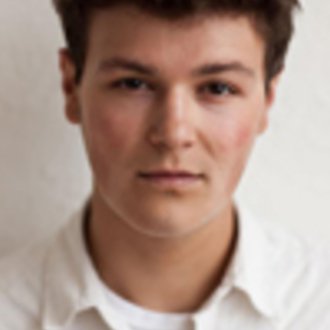 Alex Vlahov
Playwright
Get Alerts Alerts On Alerts Off

Alex Vlahov
Director
Get Alerts Alerts On Alerts Off

Alex Vlahov
Cast
Get Alerts Alerts On Alerts Off 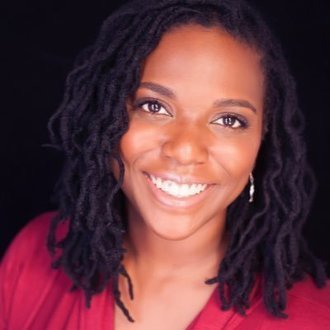 Kyra Sims
Cast
Get Alerts Alerts On Alerts Off 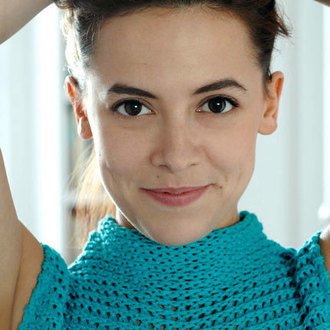 Nessa Norich
Cast
Get Alerts Alerts On Alerts Off