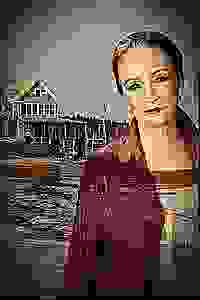 A Woman Of The World

Best known as Emily Dickinson’s posthumous editor, Mabel Loomis Todd is a woman of the world. Priding herself on being an inspired conversationalist, she invited scandal by enjoying a glass of wine in mixed company, and she certainly wasn’t afraid to expose her ankles in a dress. Now in her 70s and living on Hog Island in Maine, the accomplished journalist and naturalist regales us with tales of her storied life, spilling secrets and revealing the true nature of her relationship with one of America’s most celebrated poets.

Pulitzer Prize finalist Rebecca Gilman’s world premiere play is brought to the stage in this insightful and impassioned tour-de-force performance by one of theater’s most beloved performers, Kathleen Chalfant.

See it if You want a very well written interesting play. Keeps your attention throughout.

Don't see it if If you do not like solo shows. To know about Emily Dickinson is not important.

See it if Editor steps out from the shadows and really, really enjoys the sunshine once removed from her client. Assured acting style.

See it if Kathleen Chalfant is amazing. Her performance was absolutely incredible.

Don't see it if you don't like solo shows on simple but adequate sets.

Also The play was very charming and Chalfant was a delight. If you want to learn more about the topic read "Lives Like Loaded Guns: Emily Dickinson and her Family's Feuds" by Lyndall Gordon.... Read more Read less

See it if Chalfont does a masterful acting job; you're amazed by actors who can keep a one person play moving and remember all their lines.

Don't see it if you expect the play to be about Dickinson; don't like one person plays; Mabel Loomis Todd is not very likeable/sympathetic; nothing happens.

See it if you are a fan of one of our national treasures, Kathleen Chalfant, or Emily Dickinson. A delightful one-woman show!

Don't see it if you do not like one-person plays. However, Ms. Chalfant gives a master class in great acting.

See it if you want to see Kathleen Chalfont at her very best. She is a marvel. I won't give it away, but a knowledge of Emily D is not needed at all

Don't see it if you absolutely hate one woman shows regardless of their quality and subject matter. This one was entertaining from beginning to end.

Also I have been told this show is sold out for the run. There may be some tickets at the last minute, and if you can get one you won't regret a minute spent watching this phenomenal actress in this hugely entertaining show.... Read more Read less

See it if you love great acting.Chalfant is as good as it gets.Set is excellent.Script is a little thin.I'd like more story, less background.

Don't see it if you want a big fat show.This is a beautiful small piece.Perfect for 59E's black box theatre.Chalfant is amazing.So fun to be so close to her

See it if u think it’s cute and not insufferable that Mabel thinks the flowers bloom just for her. You’d hang w/ Gladys @ Waverly Gallery when younger

Don't see it if you’re under 60. Aging, class-conscious braggart dishing about her dead lover who is not Emily Dickinson.

Also Entirely fine solo show. It just didn’t mesh w/ any of my interests. Looks back on past loves and past spunkiness. Dickinson is mentioned sparingly. There’s a little bit about land conservation (the playwright's obligatory plug for the institution supporting her artist-in-residency). There’s a lot of the faux bohemian cosmopolitanism that’s brandished and circulated like the unofficial currency in the ancestral towns of New England.... Read more Read less

See it if Kathleen Chalfont really is a treasure but she is squandered here. The information imparted lacks insight.

Don't see it if You want to learn anything about Emily Dickinson or her publisher. The latter apparently fabricates a whole story then exposes her lies.

Also As presented here, the editor never even met Emily D and her whole claim to fame was that she was standing on a porch and a basket of poems was dropped in her lap.

Ms Chalfont doesnt vary her delivery whether she is talking about the disappointments of the editor's life, her
modern views of sex and marriage or her
desire to be the definitive editor for Ms. D.

I loved the sound.

The discussion of Hog Island and a desire to preserve it rang true.

I was perhaps most disappointed in the absolute lack of sparkle and spontaneity
in the performance. It felt like, ok I touch my beads here, 3 steps left, 3 steps right, wistful hand gesture here.

We dont particularly like this woman, her disdain for nearly every other character in the play, her narcissism as she creates her own world then unravels the deceptions.
She made me impatient and I wanted to slap her. Who was Ms. Todd really?

See it if You are a fan of Chalfant, love Emily Dickinson, appreciate out-of-the box 19th century women, or relish great storytelling.

Don't see it if you do not like one-actor shows or a biographical story set entirely on one woman.

Also Kathleen Chalfant is luminous. The opportunity to be a few feet away from her performing is magical.
Many memorable lines. I like: "being humble is not thinking less of oneself, but thinking of oneself less." You know if you would like a show based on a character that would make that statement. If you would, she masterfully portrays a charming, egotistical, poetic, sexual woman with a fascinating life and a blindspot we call can see. Plus you get to watch her act as if she's speaking completely spontaneously, not scripted. It's a beautiful thing.
... Read more Read less

See it if you, like I, are a devoted fan of Kathleen Chalfant you will not be disappointed at her riveting rendition of this true story

See it if to see a great performance by Kathleen Chalfant and learn about the life of Mabel Loomis Todd.

Don't see it if you want to see a traditional play. This is a solo show in which a speech is delivered, so it's more of a well-delivered speech than a play.

See it if you love the craft of acting. Chalfant is wonderful, as is the character she inhabits. An entrancing performance.

Don't see it if you need razzle dazzle to be entertained. This is intimate, personal and engrossing. It is intelligent theater by a true craftsman.

See it if you love literary history, Emily Dickinson or Chalfant, like 1-man shows & don't mind hagiography. Fascinating history, though.

Don't see it if Expect to hear much about E. Dickinson. Dislike 1-man shows, or think 75 minutes on a single self-centered figure a bit much.

But, as noted by JustJ, "Mabel Loomis Todd is not very likable/sympathetic."

How true. Yesterday, I mentioned this play to an English lit. prof. emeritus friend. She responded, "Oh, it's about Emily Dickinson's horrid sister-in-law."

Indeed, Mabel Loomis Todd comes off as having been a highly self-centered & selfish person, although this play is really hagiography, & in fact was written at a Maine Audubon camp, donated by Todd donated for posterity,and promoted in the show’s program notes.

Not enough of a reason for a play.

See it if You're a big fan of the actress.

Don't see it if You want a more compelling play.

See it if U enjoy one woman shows performed by a great actor with great writing in an absorbing, delightful story in a small venue.

Don't see it if U prefer more performers on stage, larger venues or musicals.

See it if for a masterful performance by Kathleen Chalfant in an intimate setting, on a spare but evocative set.

Don't see it if you’re so fed up with real-life narcissistic characters, you don’t even want to spend any time with one onstage.

See it if Anyone who wants to see an interestingly,well written piece exquisitely acted with a heart-warming and revealing plot.

Don't see it if If one does not like one person shows or Emily Dickinson doesn't interest.

See it if Enjoy biographies especially in the hands of a true pro who keeps us invested throughout. We see her truth and are given the truth as well.

Don't see it if One woman shows, even about a person considered ahead of her time, not for you. Think it's sold out. Try checking the day you'd like to go.

See it if You are a Chalfant fan and if you have some knowledge of Emily Dickinson's history...(this helps.)

See it if Beautifully acted one woman show about dwelling next door to celebrity, Todd revealed and revealing.

Don't see it if If the subject is of limited interest, Todd's life and not Dickinson's.

See it if you want to experience great acting.

Don't see it if you can not appreciate small intimate dramas.

Also I found Kathleen Chalfant stupendous. A truly great evening in the theater. I hope they bring it back, I would love to see it again.... Read more Read less

CALL ME POP
New York City
65+ | Male
66 reviews
Get Alerts Alerts On Alerts Off
60
Pleasant enough, mildly engaging, there is no there there
November 14th, 2019

See it if you like kathleen chalfant, like one-woman shows, and have more than a casual interest in emily dickenson.

Don't see it if you are looking for something exciting and dramatic. skip it if you hate one-person shows.

Also kathleen chalfant is always an engaging actress, but this slight play does little to challenge her ... or us. as mabel loomis todd, emily dickenson's neighbor & emily's married brother's mistress, she tells us how she came to publish emily's poems posthumously. along the way, we discover that mabel is a wily & unreliable narrator, and if there is any tension in this 75-minute playlet, it occurs as she reluctantly divulges a few truthful (and tawdry) details. HO HUM.... Read more Read less

See it if you like good acting. Kathleen Chalfont is really good, but I think she missed the mark on this one.

Don't see it if if you don't like hearsay and/or innuendo. It was hard for me to believe lots of the story and I felt the delivery was a little off.

See it if Kathleen Chalfant is amazing

Don't see it if If you don't like one person showhsi

The Acting Company
Producer
Get Alerts Alerts On Alerts Off 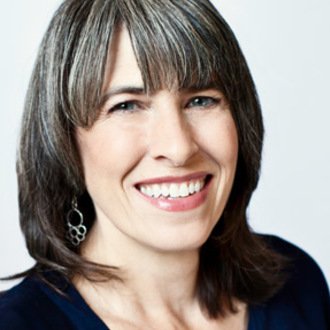 Rebecca Gilman
Playwright
Get Alerts Alerts On Alerts Off 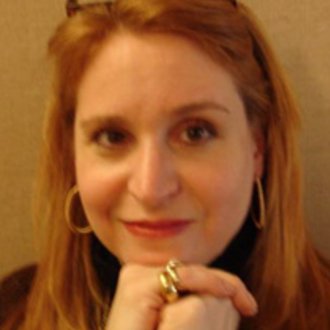 Valentina Fratti
Director
Get Alerts Alerts On Alerts Off